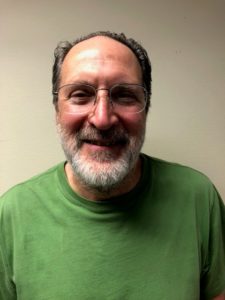 Mike’s interest in nature began as a small child when he dissected his mother’s iris buds trying to understand how such big showy flowers came from such small buds. Previously at DNR, Mike worked in Science Services on forest surveys and in the Lakes and Rivers section on aquatic invasive species. Most recently, he has worked with the Forest Health Team preparing an online course on best management practices for forest invasive species for loggers, foresters and land owners and administering two grant programs to control forest invasive plants. Mike has continued interest in eradicating aggressive forest invaders such as lesser celandine and Amur cork tree. Previously, Mike studied the responses of tropical forests, and their birds, to changes in disturbance and elevation, and he worked on whooping crane releases in Wisconsin. Mike can be reached at Michael.Putnam@wisconsin.gov; 608-843-5475.