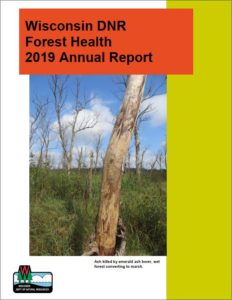 The Forest Health Annual Report summarizes notable impacts for that year of pests, diseases and weather on the health of Wisconsin’s forests. The report is a collaborative product created by DNR forest health specialists from around the state. It outlines the damage and spread of both native and invasive pests and diseases during that year and puts these into context of observations from previous years. Management programs and their results are also described. Highlights from the 2019 annual report include:

Most people are familiar with the impacts of invasive plants to natural areas, but did you know that invasive plants can be hazardous to human health? Did you also know there is a new app available to learn about tick activity near you and help researchers by recording your own tick encounters?

END_OF_DOCUMENT_TOKEN_TO_BE_REPLACED

There’s so much to enjoy about fall and so many activities to take in before the blanket of snow changes our landscape. Something to keep in mind is that the introduction of invasive plants can play a role in changing the landscape, too. 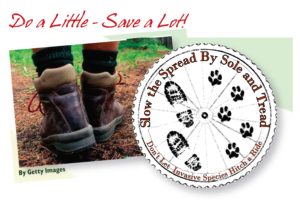 END_OF_DOCUMENT_TOKEN_TO_BE_REPLACED

It wasn’t by chance that Norway maple made its way across the pond to our shores. It was, in fact, humble correspondence that invited it here.  END_OF_DOCUMENT_TOKEN_TO_BE_REPLACED

Invasive plants have been shown to impact Wisconsin’s economy, environment and human health. Roadsides are a key area where these unwanted plants establish and spread. These right of way habitats are challenging to work in but focused efforts can be successful in preventing spread and reduce invasive plant populations.

To help educate and jumpstart management, The University of Wisconsin-Madison Extension along with 4-Control are conducting roadside invasive plant workshops throughout the state. We invite you to attend one of these five regional workshops. While this training is available to anyone interested, the focus will be on training staff of municipalities that manage vegetation on roadsides. END_OF_DOCUMENT_TOKEN_TO_BE_REPLACED

The Forest Health Annual Report summarizes notable impacts pests, diseases and weather on the health of Wisconsin’s forests. The report is a collaborative product written by DNR forest health specialists from around the state. It outlines the damage and spread of both native and invasive pests and diseases during that year and puts these into context of observations from previous years. Management programs and their results are also described. Highlights from the 2018 annual report include:

The 2018 report and others dating back to 2003 are available on the forest health publications page. Historical reports dating back to 1951 are archived and available upon request. Contact Marguerite Rapp at marguerite.rapp@wisconsin.gov for more information on the archived reports.

From the kitchen table to the boardroom table, the USDA brings people together across the nation for: healthier food, natural resources and people; a stronger agricultural industry; and economic growth, jobs and innovation.

Each Friday, meet those farmers, producers and landowners through their #Fridaysonthefarm stories. Visit local farms, ranches, forests and resource areas where USDA customers and partners do right and feed everyone.

Click here to read the full story about Jay and Mike Carlson, a father-son team working with NRCS in the Driftless Area to identify management goals that are helping improve the way they manage their forests and its health. 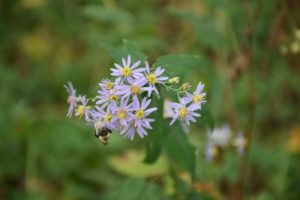 Photo: Honey bees are pollinating wildflowers on the Carlson’s property. 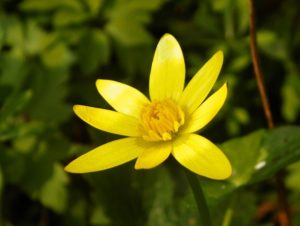 Lesser celandine (Ranunculus ficaria) is an invasive forest plant that been found in urban forests in southeastern Wisconsin. The plant has a history of taking over forest floors in the eastern U. S. and crowding out native plants and tree seedlings. Consequently, lesser celandine is listed as a Prohibited Species under the state’s invasive species law NR 40, and cannot be transported, sold, introduced or possessed in Wisconsin.

DNR is undertaking control projects in Dane, Milwaukee, Racine and Kenosha counties – four of the six counties where lesser celandine is known to occur – and will be conducting surveys in the remaining two counties, Walworth and Waukesha, to inform future control efforts. 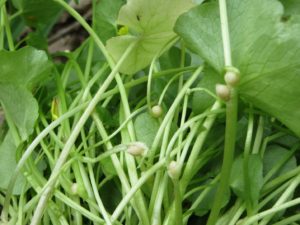 Lesser celandine starts growing in early spring, with bright yellow flowers appearing in April. It dies back by the end of June. This low-growing plant has shiny, waxy leaves that are kidney or heart-shaped. Small spherical bulbils that form along the stems drop off to give rise to new plants, while underground tubers sustain the plant after it dies back. Because of its short growing season, DNR depends on reports from the public to identify new populations to plan accordingly. If you encounter this plant, please report it at Invasive.Species@wi.gov. 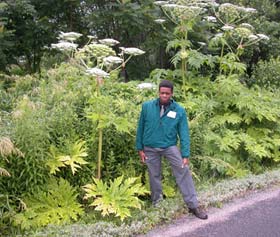 Giant hogweed can be a threat to human health. Its sap has Furocoumarins (photosensitizing compounds) that can cause a skin reaction known as phyto-photodermatitis. This makes the skin highly sensitive to ultraviolet light. Swelling and blistering of the skin may lead to permanent scarring, and contact with the eyes can cause temporary and sometimes permanent blindness.

In Wisconsin, giant hogweed is classified as a prohibited species under the Invasive Species Rule (Wis. Adm. Code ch. NR 40). Its presence potentially causes economic or environmental harm or harm to human health. Isolated populations of Giant hogweed have been found in Wisconsin with immediate control taking place after verification.  END_OF_DOCUMENT_TOKEN_TO_BE_REPLACED

Amur cork tree (Phellodendron amurense) is a relatively new invasive plant found in at least four Wisconsin counties. It is classified as Prohibited under Wisconsin’s invasive species law, NR 40. The female cork tree cannot be possessed, transferred, transported or introduced in Wisconsin. We ask that you report this tree to DNR because it is invasive here and in other states and DNR is mounting control efforts before it becomes widespread. DNR works with property owners to achieve this by providing advice, tools and resource opportunities. END_OF_DOCUMENT_TOKEN_TO_BE_REPLACED