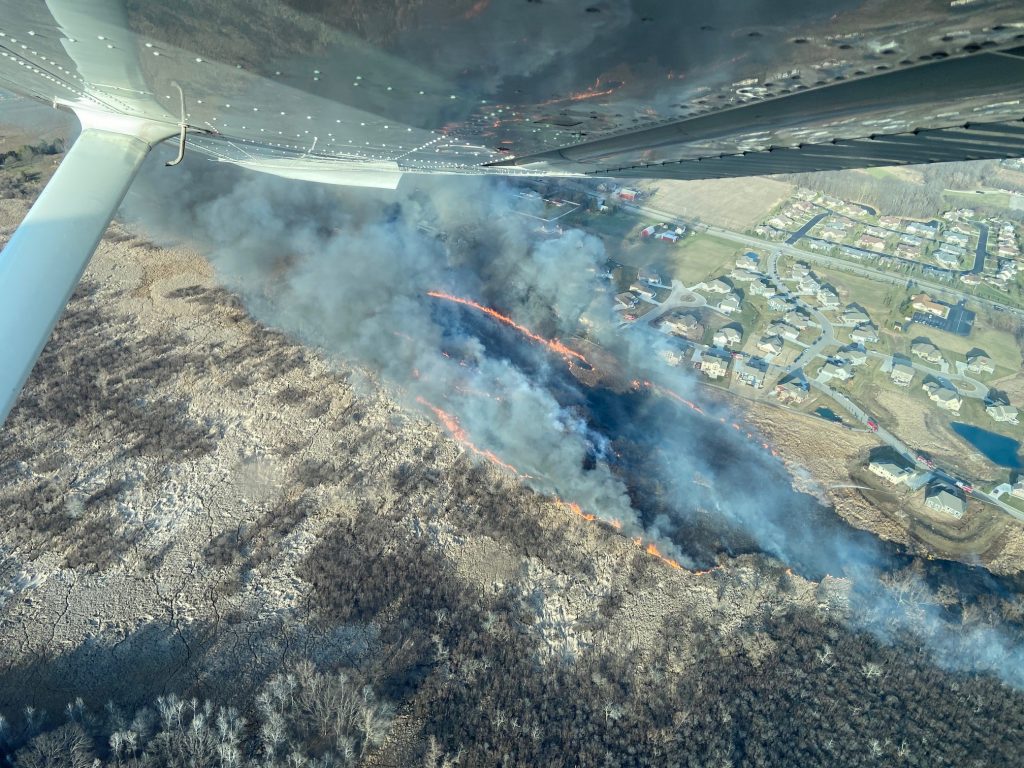 It’s been a busy wildfire season in Wisconsin so far and it’s only April 8. During the first week of April, 161 wildfires have burned more than 1,000 acres; 19 buildings were destroyed and another 179 were threatened by the flames but saved with fire suppression efforts.

The main fire causes have been debris burning and equipment, accounting for more than half of the fires. However, the two largest fires of the week, in Juneau and Waukesha counties, were ignited along railroads.

Recent rain has given us a bit of a reprieve, but it won’t take long for the dead grass, leaves and pine needles to dry out and be ready to ignite once again.

April is the busiest month for wildfires in our state. Stay vigilant with any outdoor flames, smoke, campfires, ash disposal or equipment use. Put off burning your debris pile until the vegetation “greens up,” or becomes less dry after spring rains.

Due to the ongoing COVID-19 pandemic, the Arbor Day Foundation has suspended their requirement to hold a public Arbor Day celebration in 2021. Communities will be able to maintain their Tree City USA designations without meeting this standard. An Arbor Day proclamation is still a requirement.

As an alternative to a public gathering, we encourage you to use social media to celebrate trees and their many benefits. Social media is an excellent tool for spreading the message that trees and tree care/management are vitally important to our communities.

Feel free to use our suggested messages here, or develop your own creative tree campaign.

END_OF_DOCUMENT_TOKEN_TO_BE_REPLACED 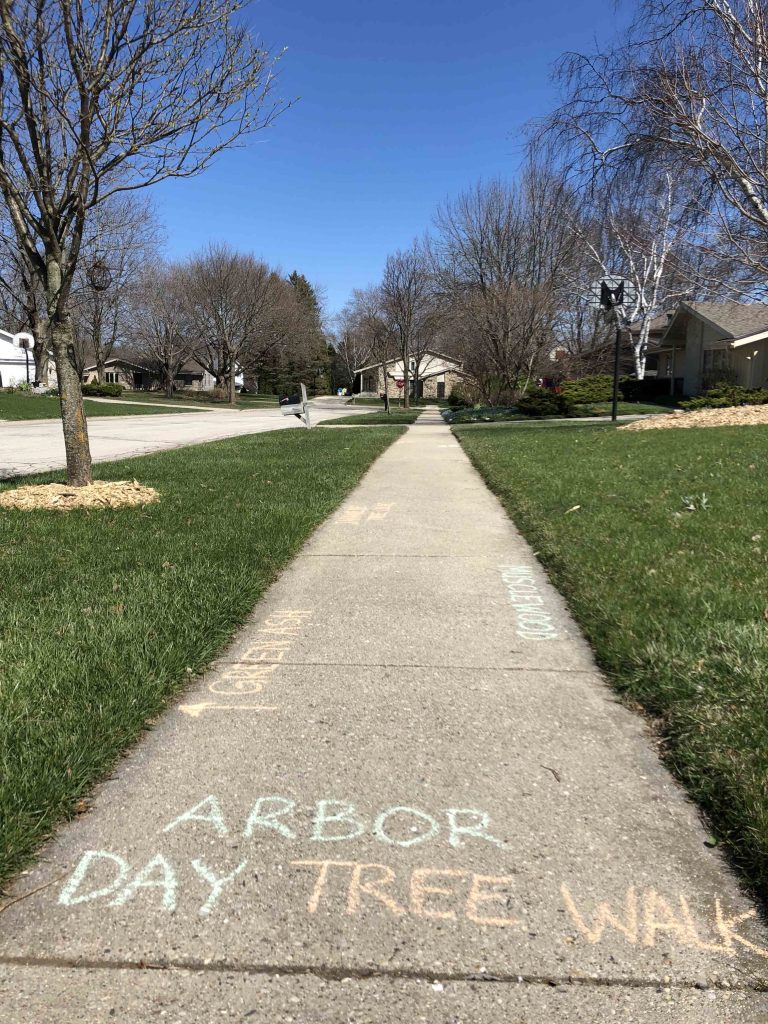 Looking for ideas for celebrating Arbor Day during the pandemic? Here are a dozen possibilities:

END_OF_DOCUMENT_TOKEN_TO_BE_REPLACED 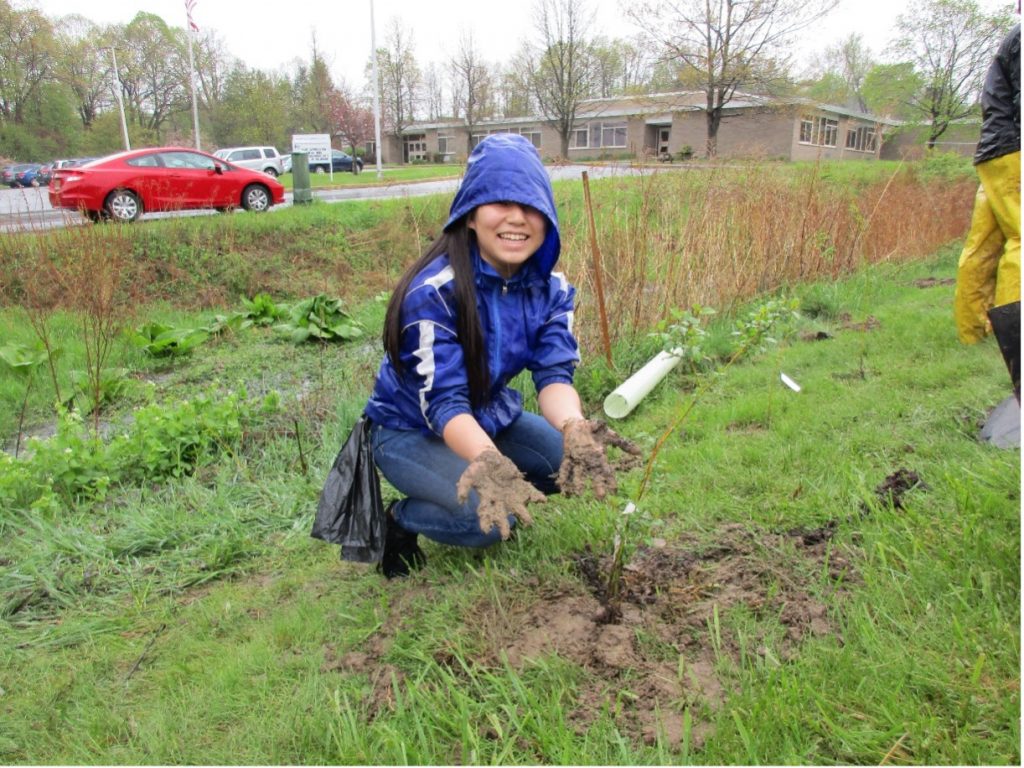 April 26-30 is Every Kid Healthy Week. This national celebration promotes the importance of well-rounded health in children – not just physical, but also social and emotional health. One easy way to maintain each of these types of health is to spend time outside. Spending time among trees is scientifically proven to reduce stress and boost the immune system. When kids appreciate the benefits trees provide not just us, but also our planet, it can start them on the path of lifelong love for the natural world.

Each year the last day of Every Kid Healthy Week also happens to be Arbor Day! In Wisconsin, the Department of Natural Resources (DNR) helps celebrate Arbor Day with an environmental education program designed to teach students the importance of trees. We provide thousands of free tree seedlings to Wisconsin fourth grade students for this celebration on a yearly basis.

END_OF_DOCUMENT_TOKEN_TO_BE_REPLACED 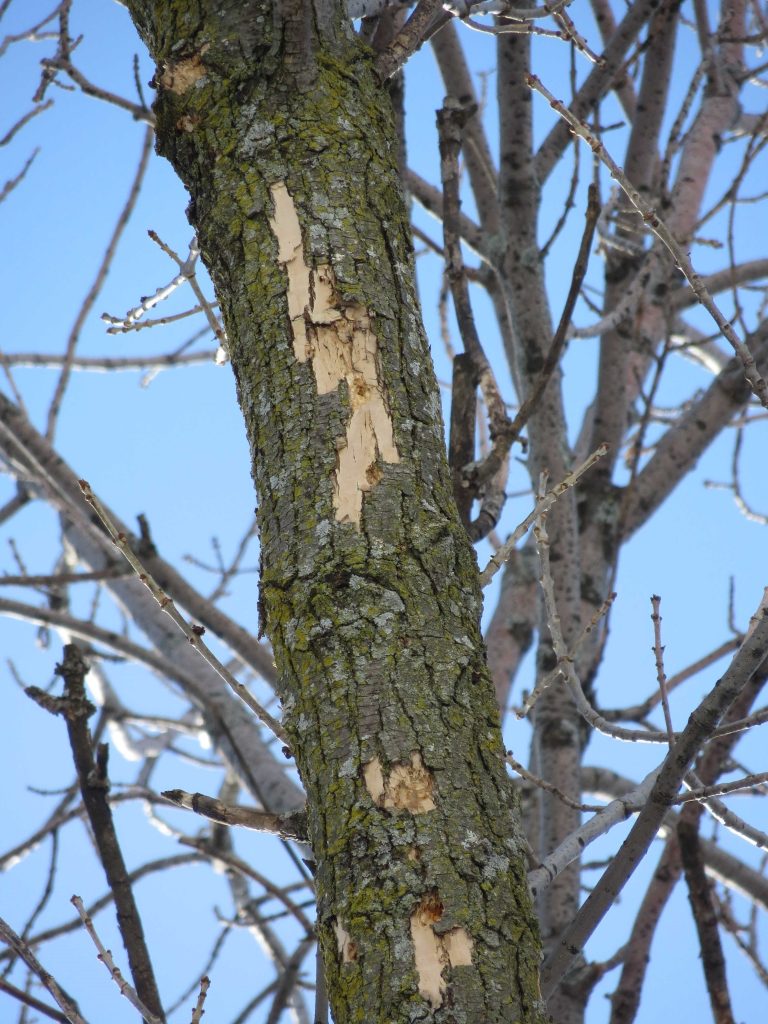 Ash tree branch in West Allis has been attacked by woodpeckers looking for larvae to eat.

Municipal foresters and property owners with healthy, valuable ash trees should consider treating the trees with insecticide this spring to protect against emerald ash borer (EAB). The pest is currently the most damaging threat to trees in Wisconsin, killing more than 99 percent of the ash trees it infests.

Woodpecker damage during the winter is often the first sign that an ash tree is infested, so it is essential to examine your ash trees. Now is an excellent time to consider insecticide protection because the treatments are usually done between mid-April and mid-May once leaves begin to return. Treatments on already-infested ash trees are more likely to be successful if the trees have low or moderate levels of woodpecker damage.

END_OF_DOCUMENT_TOKEN_TO_BE_REPLACED

The U.S. Environmental Protection Agency announced the availability of up to $6 million in grants under two programs. The grants aim to address environmental justice issues, including COVID-19 effects, climate change, and natural disasters.

Proposal packages are due May 7.

Learn more about each of these grants here:

This webinar is produced in collaboration with the Dane County Tree Board.

Join 1000 Friends and Brian Hudelson, the Director of Diagnostic Services at the UW-Madison Plant Disease Diagnostics Clinic, to learn about the most common diseases impacting our urban trees. Brian will teach us the most prevalent tree diseases and share methods for their management and prevention.

We’ll stop periodically throughout the presentation so Brian can answer any specific questions you have. Brian is a frequent guest on the Larry Meiller Show on WPR and is excited to answer any of your tree disease questions. We encourage you to send questions in ahead of time to be sure we answer them.

END_OF_DOCUMENT_TOKEN_TO_BE_REPLACED

This spring EAB University is starting a new series of 30-minute All You Need to Know videos.

Gypsy moth: Everything you need to know in half an hour

END_OF_DOCUMENT_TOKEN_TO_BE_REPLACED

“What kind of tree should I plant?” We are often asked that question as urban foresters. For me, the first thing that comes to mind is, “not a maple!”

Approximately 36% of trees in the Wisconsin Community Tree Map are maples.* Why is this a bad thing? All it takes is a pest like the emerald ash borer (EAB) or a disease like Dutch elm disease that targets maples, and suddenly, one-third of the urban canopy is destroyed.

By planting smaller quantities of many different species, we create a more resilient urban forest less affected by any single threat.

The Wisconsin Department of Natural Resources (DNR) recommends planting no more than 10% of a genus (for example, maples or oaks) and 5% of a species (such as sugar maples or bur oaks). Most Wisconsin communities are far from meeting those targets.