As you begin your summer travel, you may notice that many white pine trees along northern Wisconsin roadways have a lot of brown needles on them. Although it may seem concerning, most of these trees are sending out new needles as we speak. 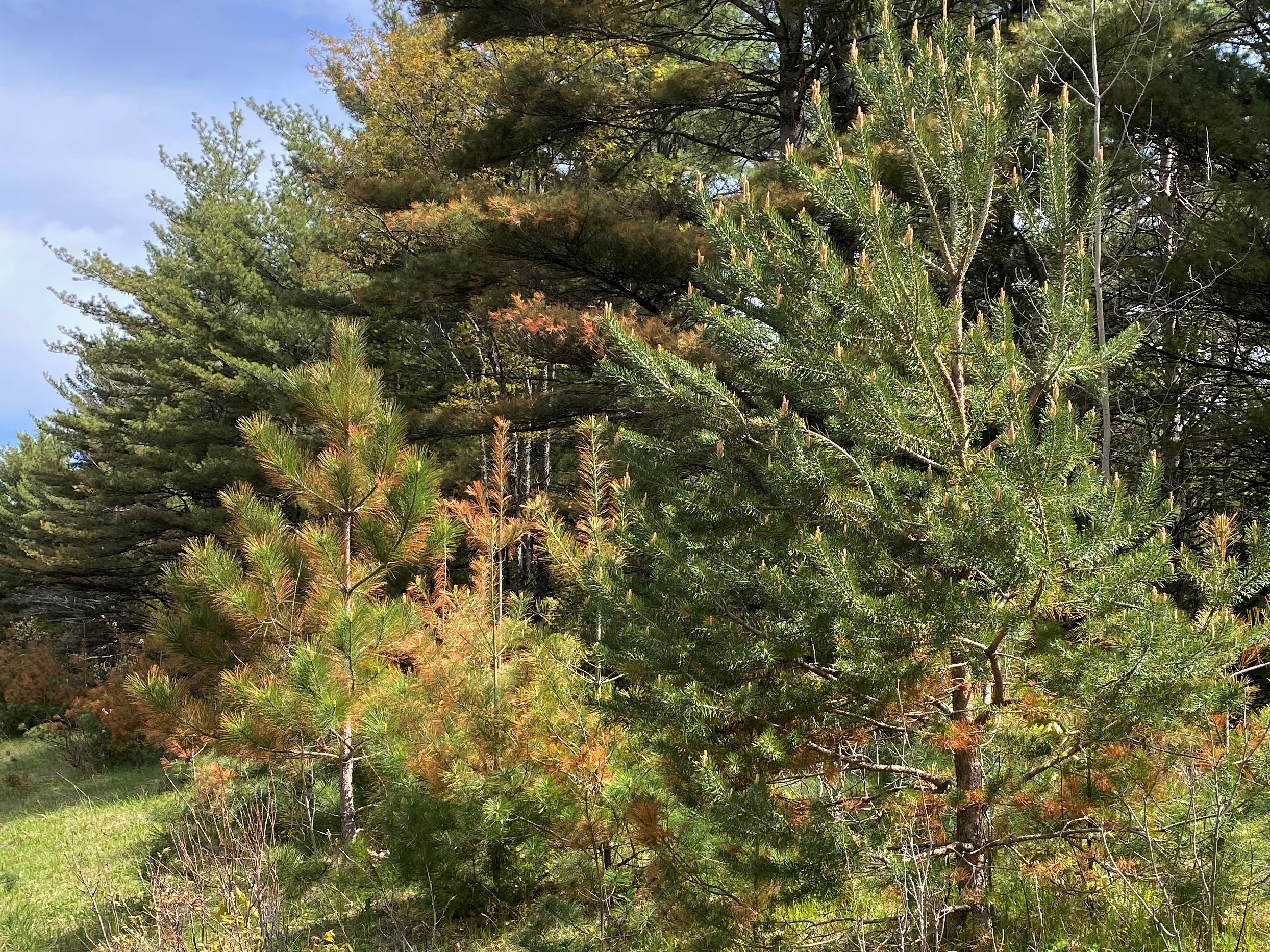 Different conifer species can be impacted differently by salt spray. The white pine in the middle also shows lower branches that are green because they were protected by snow. Photo: Wisconsin DNR.

The needles are damaged primarily due to salt spray from the roads during the winter. It is also sometimes due to winter desiccation (drying out) from sunny days throughout the winter months, which often run from November to May in the north. 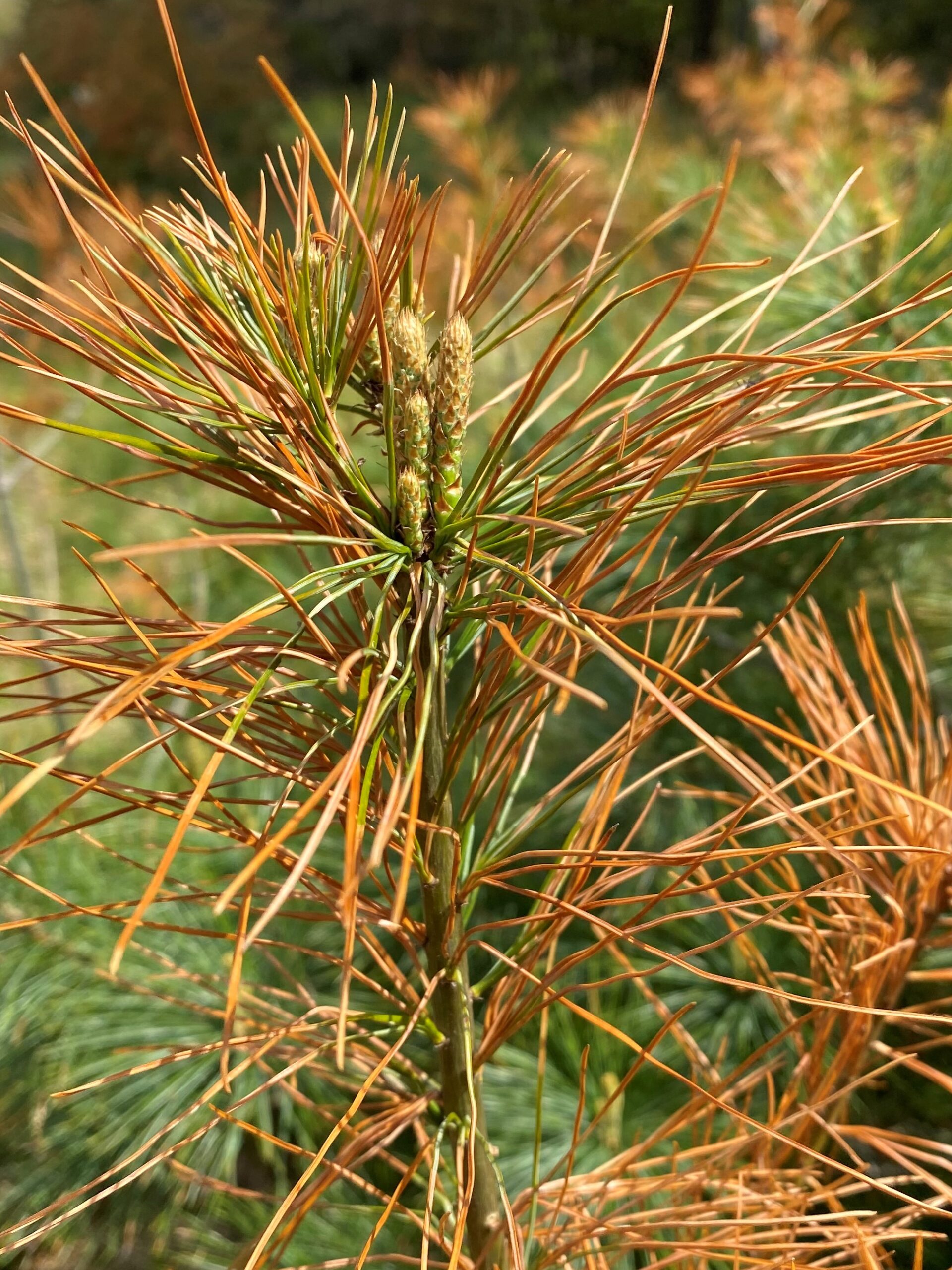 White pine needles turn brown due to salt spray over the winter, but the buds are not killed and are still growing. Photo: Wisconsin DNR

Salt damage occurs even when salt is used sparingly on the roads. White pine needles are fine, almost feathery, and don’t have a thick waxy coat. When salt lands on the needles, they dry out. When the ground is frozen, the trees can’t replenish the moisture in their needles. Some trees, like red pine or scotch pine, have thicker waxy cuticles on the needles, which can protect them more.

Most salt spray will land on the trees closest to the roads, but even those farther away may be impacted. Salt spray that is lofted into the air by passing vehicles can travel 100-150’ from the road, depending on winds.

Because of snow cover, you might also notice that the tops of smaller conifers are damaged, but the lower branches are green. The deeper the snow, the more the tree may have been protected from the spray.

What can you do about it? Protect your young conifers near roadways with burlap or some other physical barrier to help prevent salt from landing on its needles.