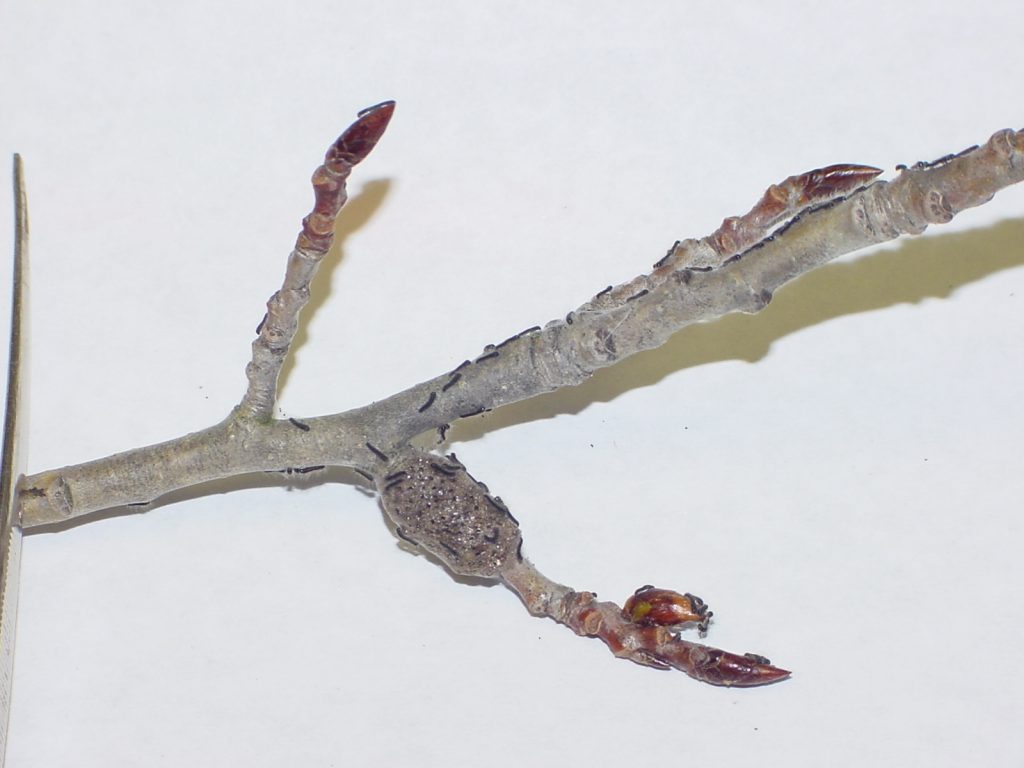 Newly hatched forest tent caterpillars with the egg mass they emerged from. Egg masses are laid in mid-summer and remain on the tree through the winter. 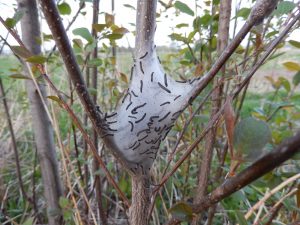 Eastern tent caterpillars hatch from eggs and immediately start to create a web nest. Young caterpillars are shown on a small nest.

Eastern tent caterpillars do not follow a typical outbreak pattern and tend to be present at some low level every year. They create web nests early in the spring, preferring black cherry trees, crabapple trees, or other stone fruits. When webs are small the caterpillars can be easily crushed or sprayed. As webs get bigger you may have to use a rake to pull them out of the tree. It is not necessary to prune the branch out of the tree. Doing so will actually cause more damage to the tree than the defoliation caused by the caterpillars, because trees can more easily send out additional leaves than grow a branch to replace one you prune out. Please do not burn nests out of the trees as this could start a wildfire.