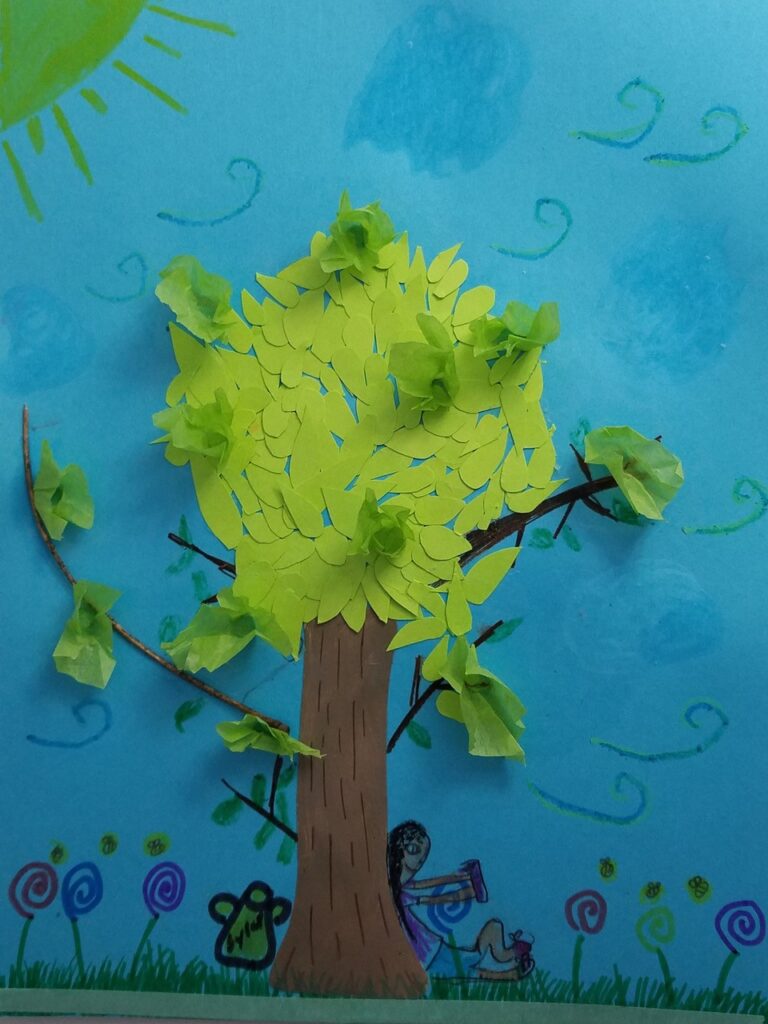 In recent years, Cedarburg’s urban forest was declining. From 2017-2019, less than one-third of removed trees were replaced. “Development, storms, insects (especially emerald ash borer), and disease have reduced the City’s tree canopy by as much as 300 trees… trees which, at present, are not being replaced,” said Kevin Westphal, Cedarburg parks and forestry superintendent, in January 2020.

With the help of a 2020 Wisconsin Department of Natural Resources (DNR) Urban Forestry grant, the non-profit Cedarburg Green stepped in to help reverse the decline. Over the past year, Cedarburg Green held a remarkable public awareness campaign that included a tree sale, tree plantings, lectures, an art and writing contest, tree tags promoting the benefits of street trees, a guided tree walk, a display at the local library, an appearance on a radio talk show and more. “The goal of this program is to have more tree-educated decision-makers, residents and future homeowners (our children),” said Jeanne Mueller, Cedarburg Green volunteer and grant-writer.

The fruits of their labor proliferated. This past November, a newspaper article headline listed forestry as one of Cedarburg’s 2021 budget priorities, which includes $30,000 for tree planting and $50,000 for stump grinding.

“Advocacy for trees goes a long way. This time $80,000,” Mueller said. “Writing and then receiving a DNR grant was the spark we needed to ignite our focus on trees.”

The request started small but resulted in changes that will impact future generations for years to come.

“When I began to write the grant (in 2019), the request was for money to plant trees. It just (kind of) morphed into a whole campaign to promote trees,” Mueller said. “My thinking was, planting 60 or so trees is a one-and-done event which could get us maybe two weeks of attention. Creating a campaign, which started when the Cedarburg Common Council and Mayor declared 2020 the Year to Focus on Trees, permitted Cedarburg Green to talk about trees all the time. And all the time we did (even during the stay-at-home order)!”

The campaign adopted the words of John Norquist, former president of Cedarburg Green, as their unofficial rally cry: “Trees are NOT municipal objects!”

When the COVID-19 public health emergency canceled their tree price tagging event with high school students, they decided to do it themselves. That event ended up gaining the most visibility (being on Main Street) while promoting one crucial message: $1 invested in a Cedarburg tree yields $3 of benefits. Stories and press releases then amplified the message that Cedarburg’s street trees are valued at $10.5 million. Put into context: Many Cedarburg buildings aren’t worth that much!

“It’s not about planting a tree as much as it is about telling a story about the tree being planted,” Mueller said. “Bottom line … our secret to a successful campaign was not to keep it a secret!”