Japanese beetles (Popillia japonica) are an invasive insect that feed on many plant species. They skeletonize leaves, which means that they eat the material between the veins and often leave lacy veins that turn brown and curl. 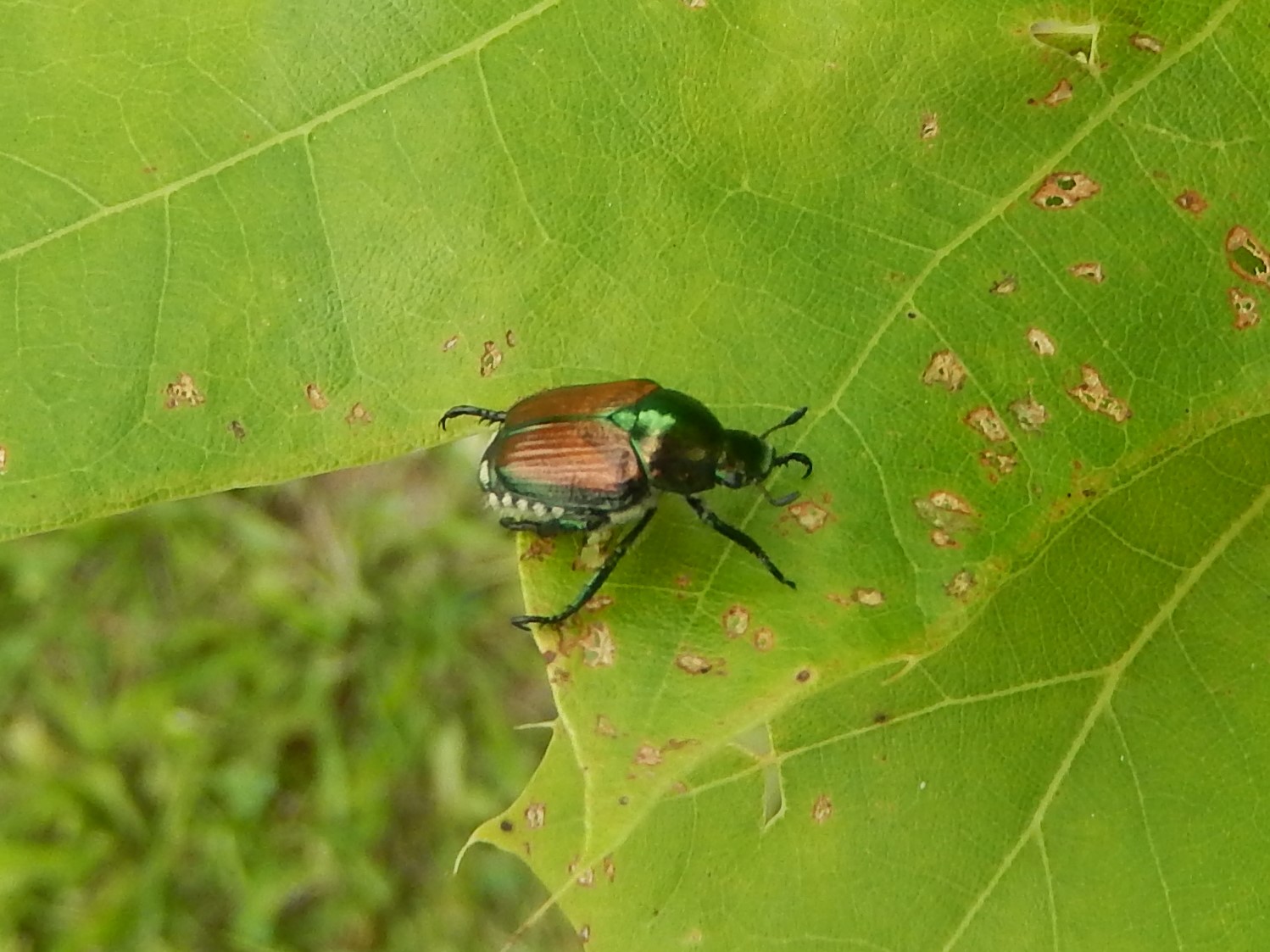 Adult Japanese beetles feed on the flowers and leaves of over 300 plant species, including trees, shrubs and herbaceous plants. Their favorite trees are birch, mountain ash and linden, as well as purple leafed plum cultivars, crabapples and numerous other cultivated species.

Their feeding can cause significant defoliation. Larval Japanese beetles (white grubs) live in the soil and eat plant roots. 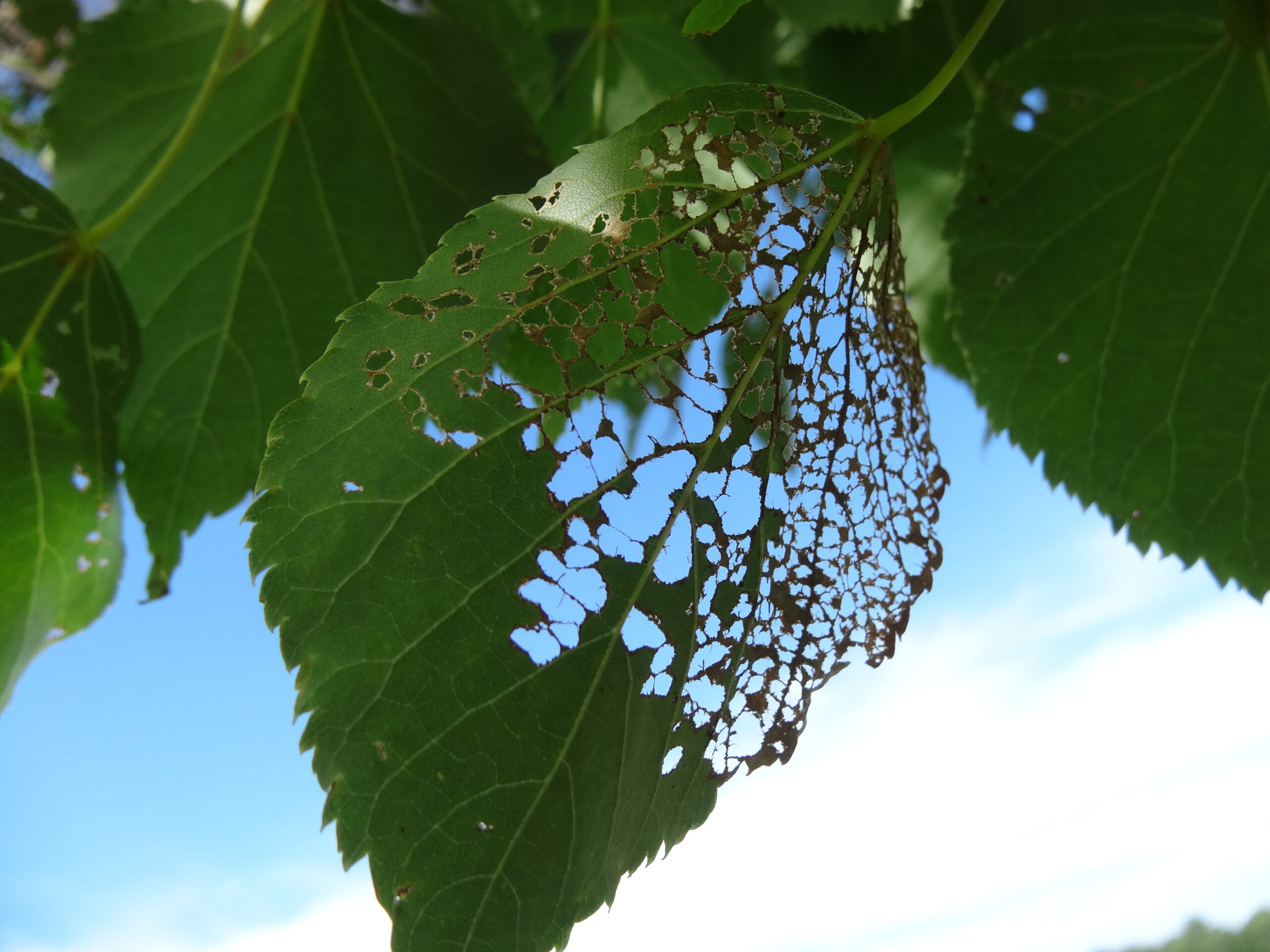 Adults emerge in southern Wisconsin in early July and northern regions shortly after. Japanese beetles are established in some northern localized areas and continue to spread. In much of southern Wisconsin, the beetles have been present for quite a few years, and their populations are more stable.

While these beetles typically don’t kill trees, they may make trees more vulnerable to other stressors. There are a variety of control options to choose from. Visit the University of Wisconsin Extension’s Japanese beetle webpage for information on control measures for adults and grubs.