Japanese beetles are abundant and causing extensive damage to many species of plants in 2017. Although many landowners in southern Wisconsin have experienced severe damage in the past, this is the first time many in central and northern Wisconsin have experienced an outbreak. The beetles are so common this year in part because populations have recovered after the droughts a few years ago. Many reports are also coming in from newly-invaded areas in northern Wisconsin.  Linda Williams noted heavy populations and significant defoliation to birch in the Minocqua/Woodruff area, and growing populations in the Rhinelander area. 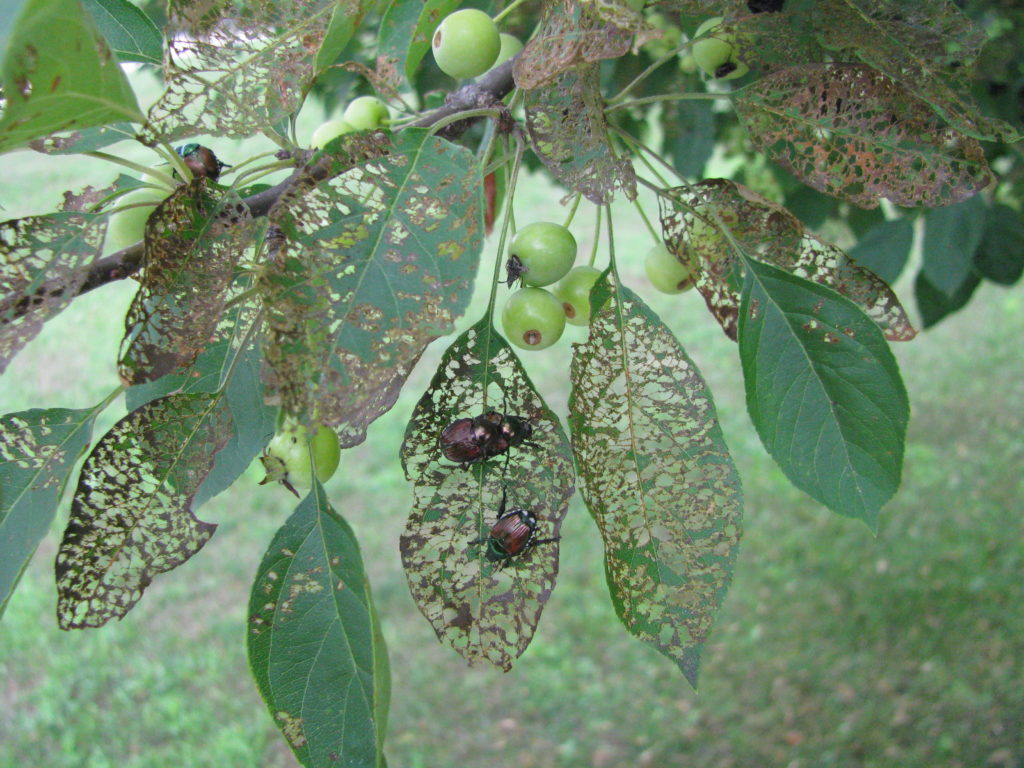 Adult Japanese beetles feed on a wide-variety of plants causing leaves to have a lace-like appearance.

Many treatment options are available, but in outbreak years landowners may be resigned to limiting damage to their favorite plants.

Some common control options are not recommended. Traps are typically ineffective as they attract more beetles to the area. Biological control of grubs using milky spore disease or others biologicals is often inconsistent.