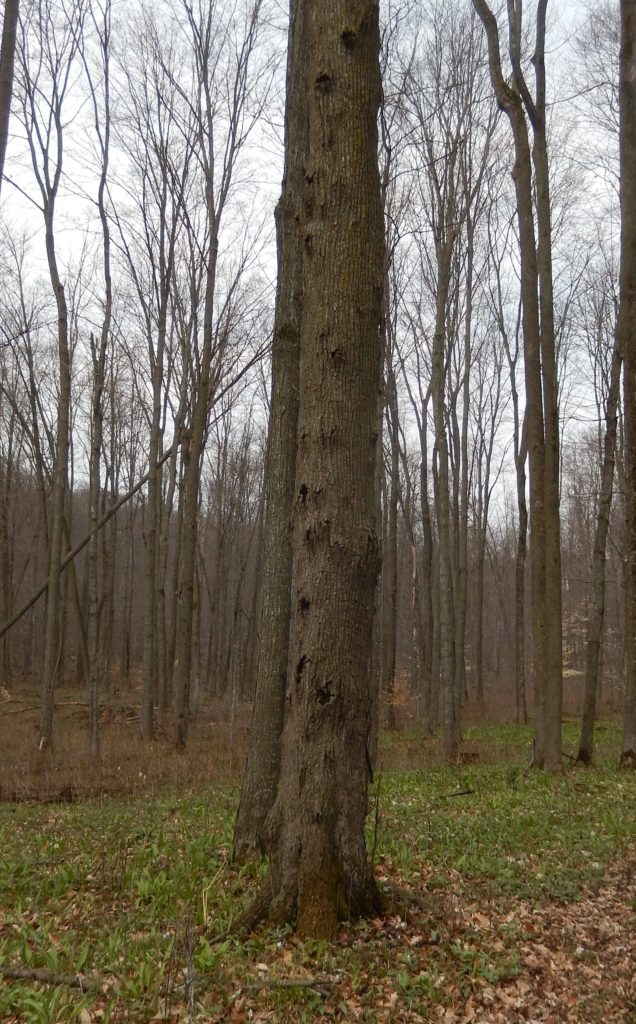 Many small Nectria cankers are present on this basswood tree. Photo: Linda Williams

Winter is a great time to look for cankers on trees, so I thought I’d highlight one this month that you may have noticed but not recognized.  Most of you probably know Nectria as “the target canker” because growth patterns give the canker face a series of rings, expanding outwards as the canker ages, causing it to resemble a target. But on basswood, the cankers can appear very different at first glance.  On basswood, it may look like there are small “explosions” that occurred under the bark. The bark may be popped out a bit, may have oddly shaped outward growths, and it may or may not be clear that it’s hollow underneath the bark. When you peel away the outer bark and all the gnarly growths, you do end up with a typical Nectria canker face, but on basswood, you often have to dig to get to it. Accompanying photographs show the “bark explosion” appearance that you might notice, as well as what it looks like when you remove the bark.

Nectria cankers are perennial, meaning they grow a little each year. They are made of solid wood (not decayed wood unless another fungus has caused the damage). They typically have staining associated with them; this can cause degrade in lumber value of your final product.  If the cankers occur on small branches they can grow to girdle the branch, but the cankers found under the “bark explosions” on the main stem of basswood trees are not typically going to be able to cause that level of damage, and will instead simply continue to grow for many years.

Although this article focused on Nectria on basswood, the fungus can infect a number of other hardwood species. In those other species, you won’t find the “bark explosions” that you see on basswood, and instead will typically find a target shaped, open-faced canker. 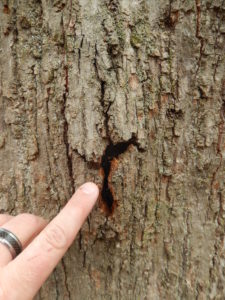 Closer examination of one of the Nectria cankers on the basswood tree shown in the first photo. You can see how the bark appears to be “exploding” from the inside. Photo: Linda Williams 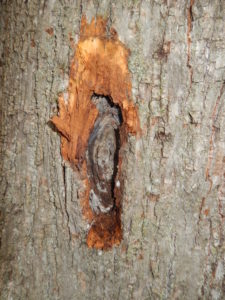 Same canker as in the second photograph, starting to peel away the bark covering the canker face. Photo: Linda Willliams 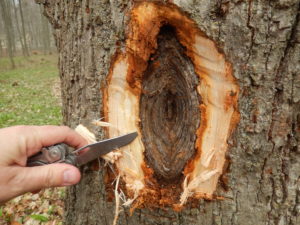 After removing the bark covering the canker, you can see the typical target-shaped canker formed by perennial growth of the fungus. Photo: Linda Williams 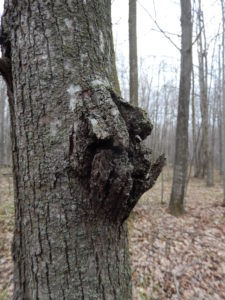 Another example of odd bark growth on basswood associated with Nectria canker.  These growths were very thick and solid, but underneath was a small Nectria canker. Photo: Linda Williams 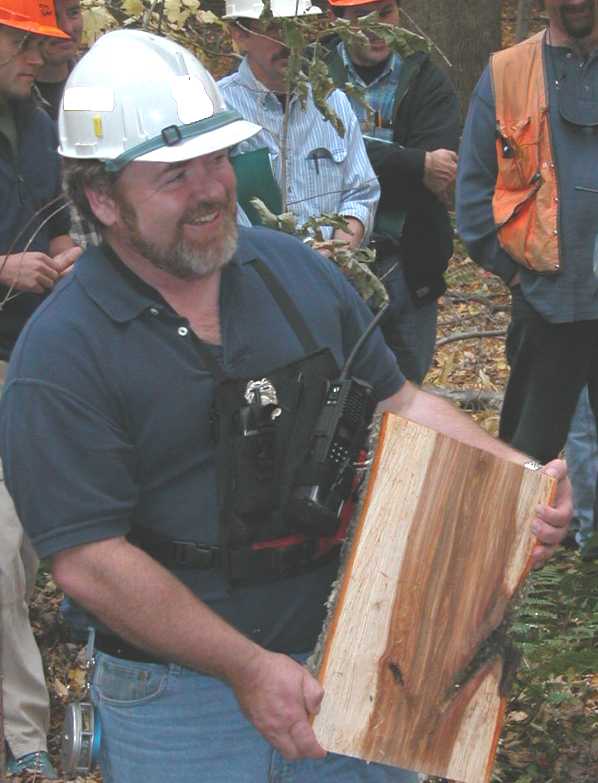 This cross section through a Nectria canker shows the staining that occurs in the tree due to Nectria. Photo: Linda Williams