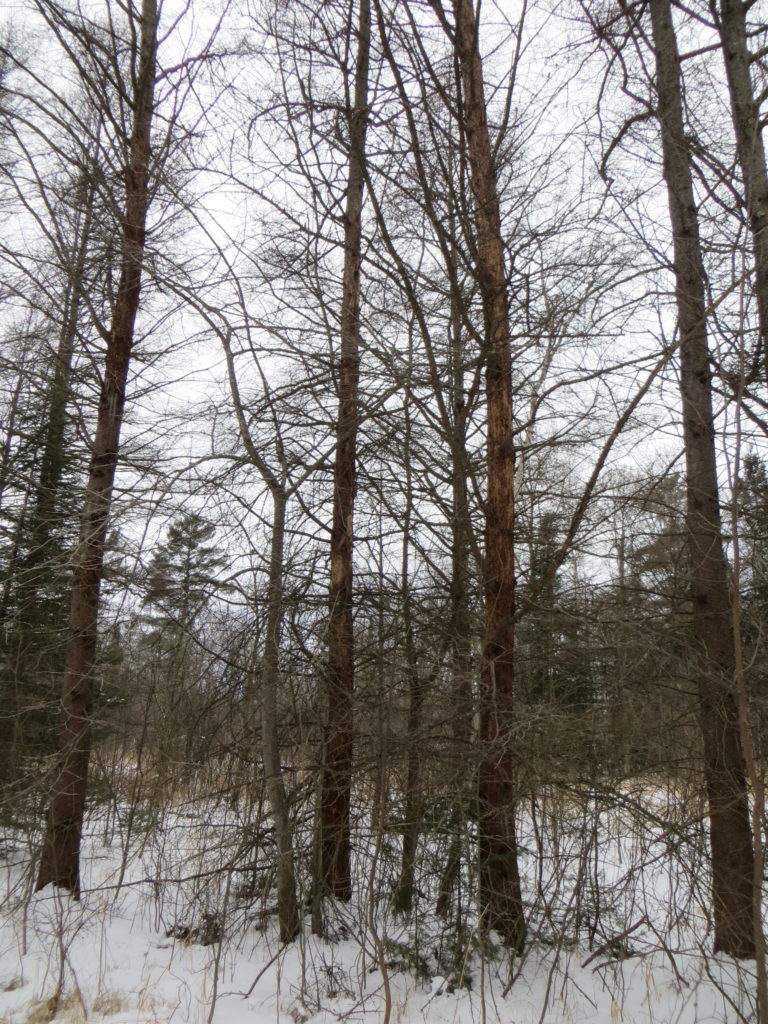 Foresters reported several new areas of tamarack mortality this winter in Marathon and Portage counties. The culprit continues to be eastern larch beetle (ELB). Although historically there have been periodic outbreaks of this native bark beetle, we have seen damage in Wisconsin every year since 1999. ELB initially attack stressed tamarack but, once in a stand, they often sweep through it over a few years even without additional stressors. The droughts of 2012-2013, defoliation by larch casebearer in 2014 and 2017, and prolonged flooding of stands in 2017 were all likely contributors to ELB infestations in central and northern Wisconsin. Infested stands should be salvage harvested and regenerated when possible, given the difficulty of accessing many tamarack stands.