Forest health has relayed the message over the last few years that stand level ash mortality from emerald ash borer (EAB) is occurring in southeast Wisconsin and along some parts of the Mississippi River. Those areas of mortality continue to progress each year, but stand level mortality is no longer limited to just these areas. 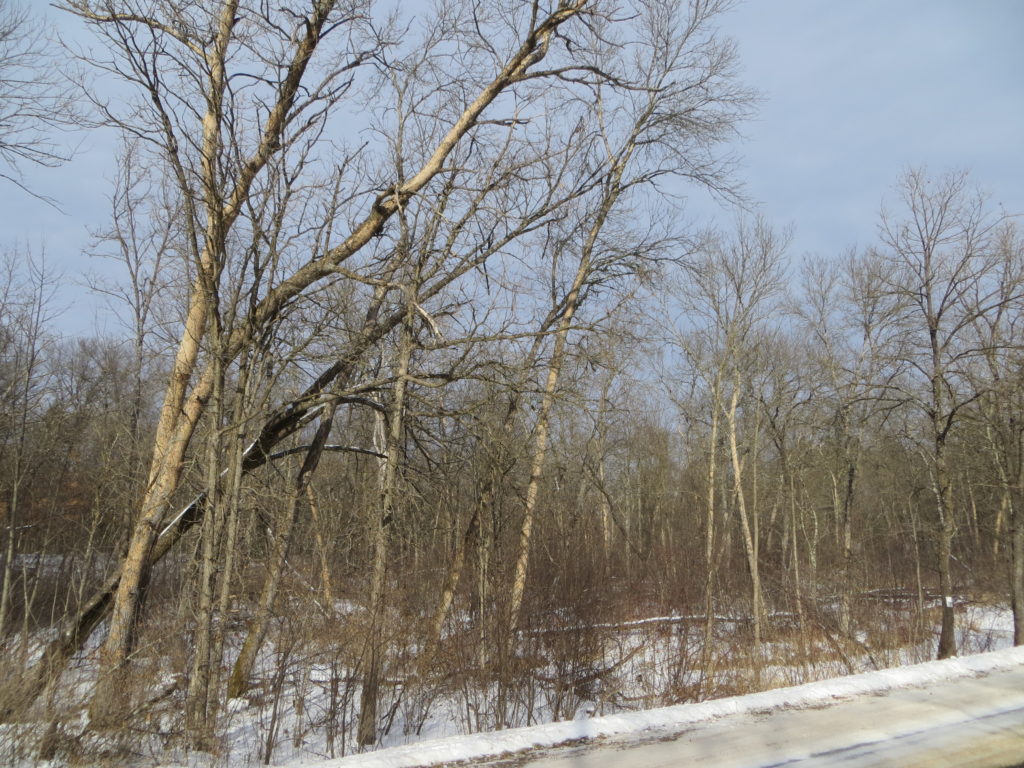 All the ash in this stand near Roche-A-Cri State Park in Adams County are heavily flecked by woodpeckers feasting on EAB larvae. Extensive flecking indicates EAB has fully infested these trees and mortality is imminent. Photo by Mike Hillstrom.

February and March are good times to look for woodpecker damage to ash trees (known as “flecking”), and potentially find new EAB infestations or expansions of known infestations. Winter scouting has allowed us to detect ash mortality from EAB in unexpected places. I was in Adams County in mid-February looking for EAB biocontrol release sites.  I was shocked to find a stand where all the ash trees were heavily flecked and likely dead or close to it.  We had not previously confirmed EAB in that township or any of the townships directly surrounding it.

This incident further drove home the point for me that even isolated patches of ash are not safe from EAB. We are now past the point of thinking about taking action in ash stands in southern and central Wisconsin; we must now move forward with site assessments, with salvage/pre-salvage harvesting being a high priority for management.  In addition, non-ash regeneration growing should be started sooner rather than later. Of course, in urban settings, now is the time to prophylactically treat high-value ornamental ash trees.

The EAB silviculture guidelines will be revised in 2018; stay tuned.