In 2018, the Wisconsin DNR will complete its eighth year of releasing tiny, stingless wasps as biocontrol agents to help manage emerald ash borer. Columbia, Dane and Grant counties are slated for first-time releases this year, and there will be new release sites in Brown, Door and Sheboygan counties. The wasps will be released for a second year at established sites in Brown, Green, Jefferson, Milwaukee and Sheboygan counties. The same wasps that were released in 2017 will be used this year: Tetra sticus planipennisi, Spathius galinae and Oobius agrili. 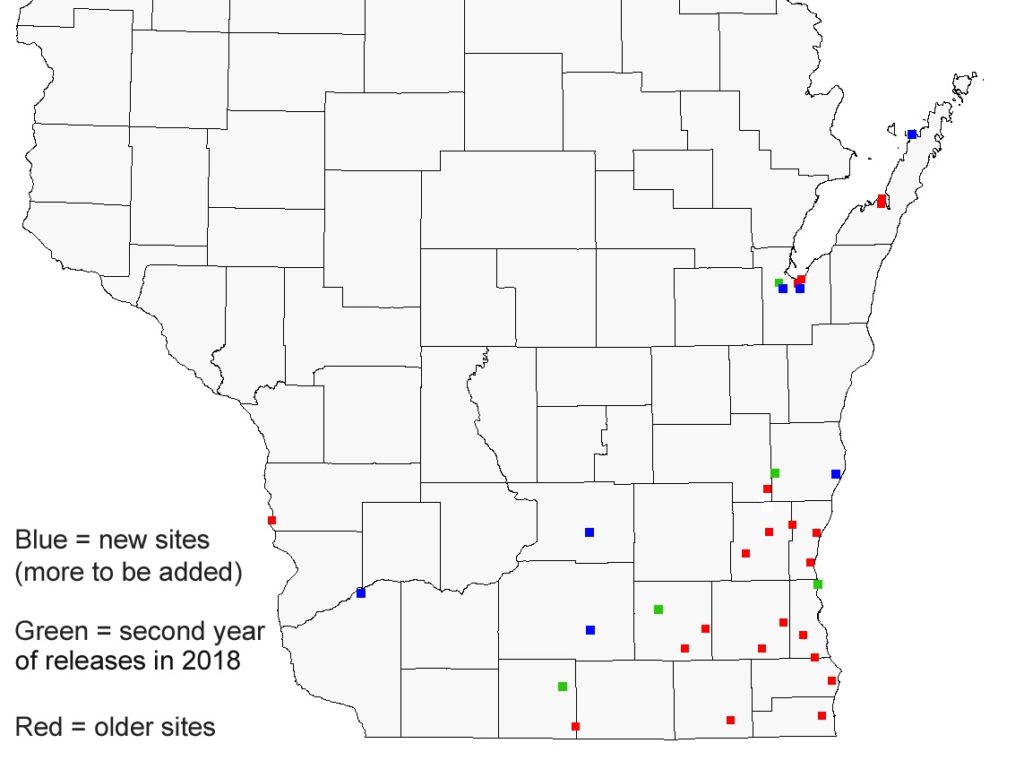