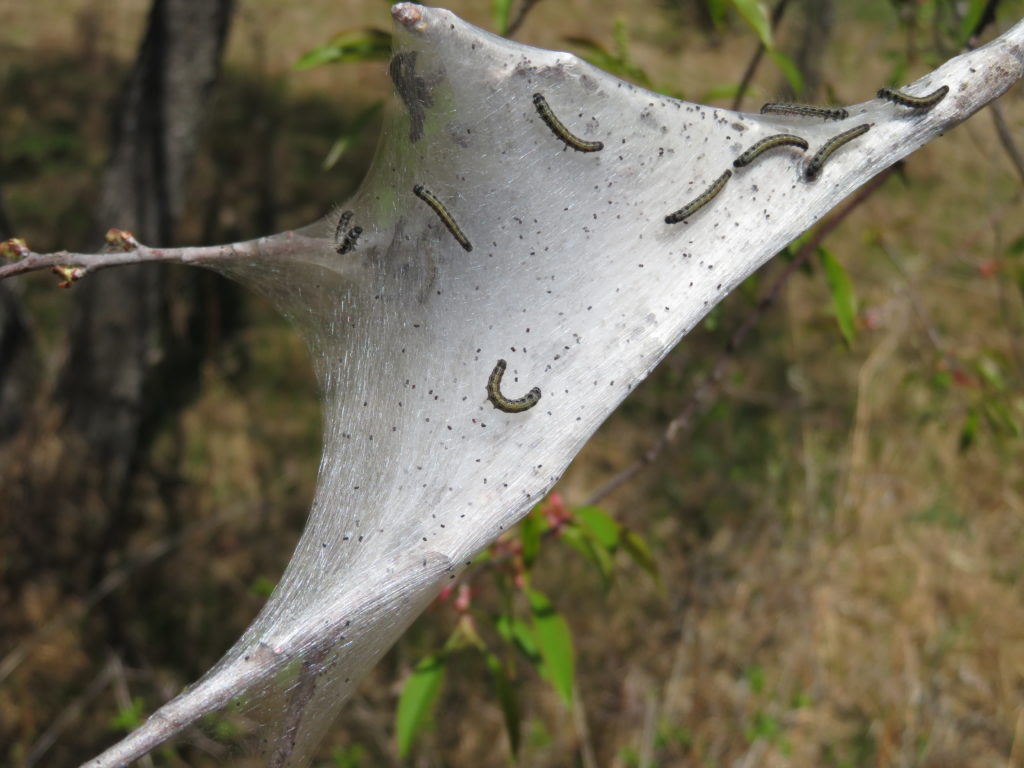 The caterpillars are typically found on wild black cherry trees, but they enjoy feeding on crabapple and a few other species as well. Although eastern tent caterpillar is native to North America, they can cause significant defoliation on native trees. The good news is that even if the defoliation looks severe, affected trees will typically send out a second set of leaves as soon as the caterpillars finish feeding.

Although there are control measures to consider, there are a couple I strongly urge you not to try.  Recommended control options are either crushing or pulling the webs out of the trees. Crushing entails putting on gloves and squishing the web nest and all caterpillars that you see. If you don’t want to touch the caterpillars, you can use a rake and a bucket filled with soapy water. You’ll use the rake to pull the web nest out of the tree. You’ll then drop the nests and caterpillars in the bucket of soapy water, which will drown the caterpillars. You could also use an appropriate insecticide to control the caterpillars (check labels!), but webs can be somewhat water resistant and hard for insecticides to penetrate. 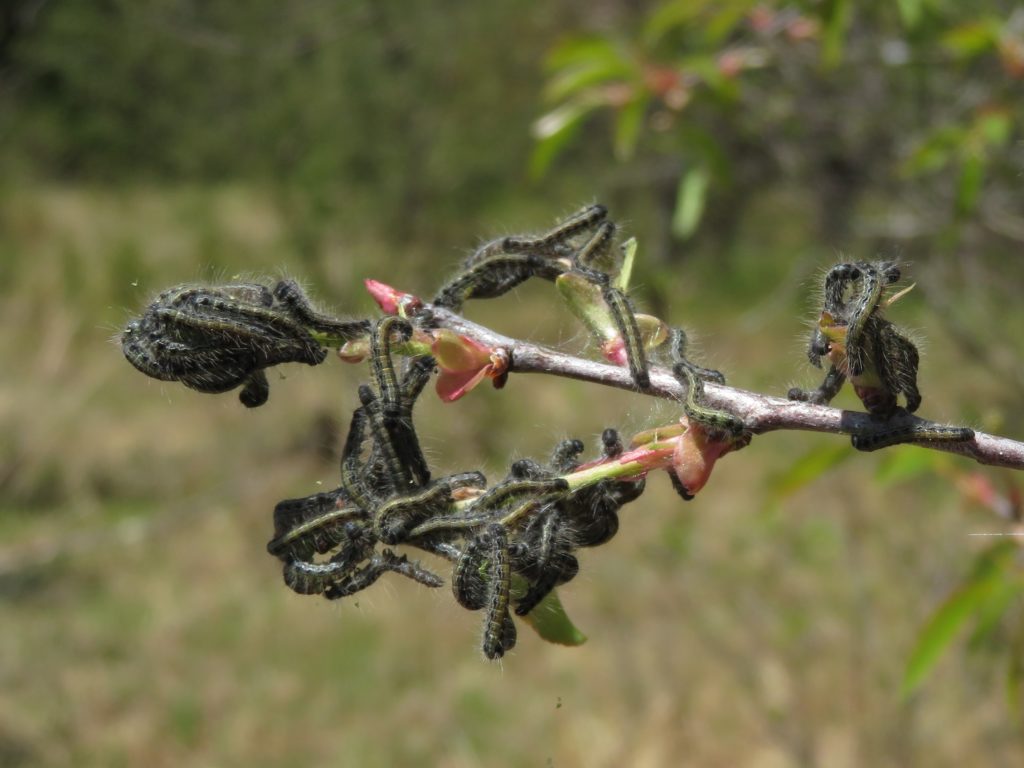 Pruning or clipping out affected branches or burning the webs out of the trees is NOT recommended. Pruning out an affected branch does more damage to a tree than the caterpillars themselves can. Although the caterpillars will certainly eat the leaves off a tree, the tree will usually send out a second set of leaves to compensate. If you prune off a branch, the tree won’t just grow that branch back.

In addition, burning the webs out of the tree is not recommended either, because it may spark a wildfire or damage the tree. In 2012, Travis Verdegan, WDNR Forestry, volunteered to test this method to show the dangers of it. He found some webs in his apple trees and torched them. Travis reported “Sure enough, the little buggers light right up and fall all over the ground. In fact, after they’ve burnt they turn into an ember that glows for quite a while.” This is a pretty good reason NOT to burn the webs out of a tree – you probably don’t want to have to explain to your neighbors how you started a wildfire with burning caterpillars. 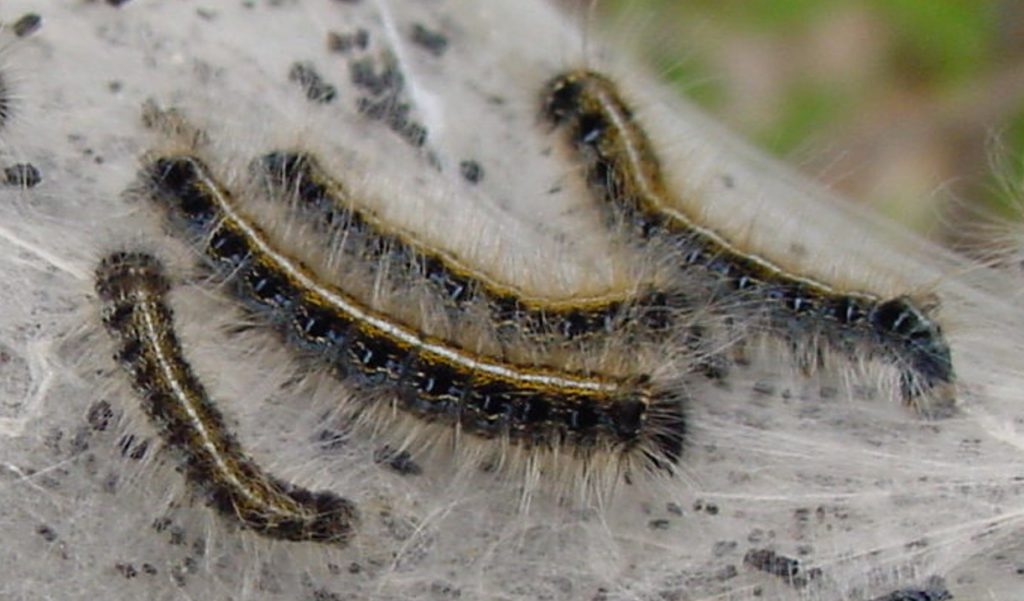 As the caterpillars grow, they eventually develop a distinctive diagnostic stripe down their backs. Photo: Linda Williams