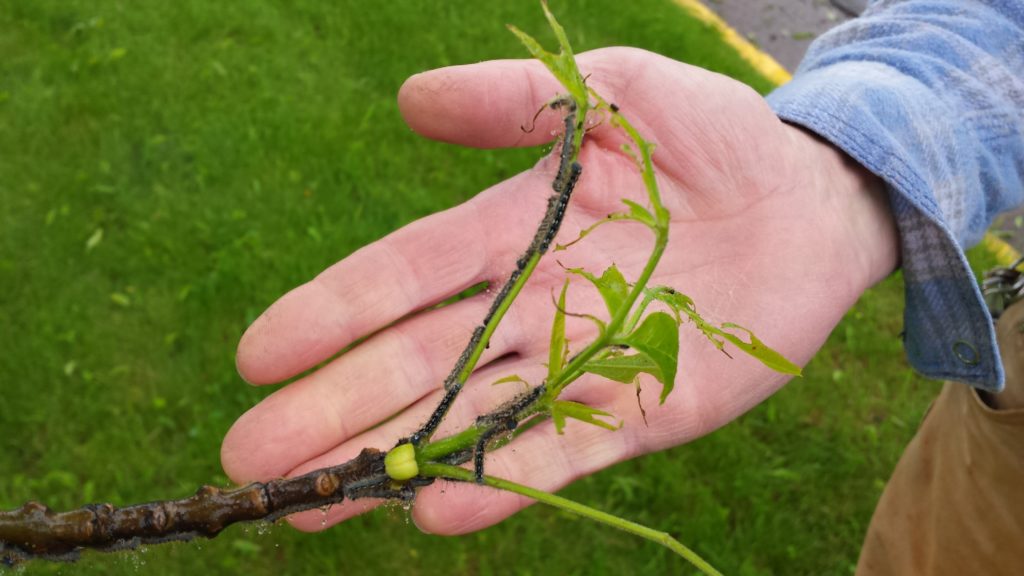 Late-winter surveys in northern Wisconsin for egg masses of forest tent caterpillars (FTC) suggest that numbers will remain low through 2018, continuing a 15-year trend, one of the longest documented intervals between FTC outbreaks in the state.

had region-wide outbreaks in northern Wisconsin at 6 to 16-year intervals. During these times, infestations typically remained highly localized, caused light defoliation, and went unobserved and unreported. The longest recorded interval between outbreaks was from 1960 to 1976 – we are now just one year short of that record. Our most recent FTC outbreak lasted from 1999 to 2002, peaking in 2001 with 5.4 million acres defoliated. 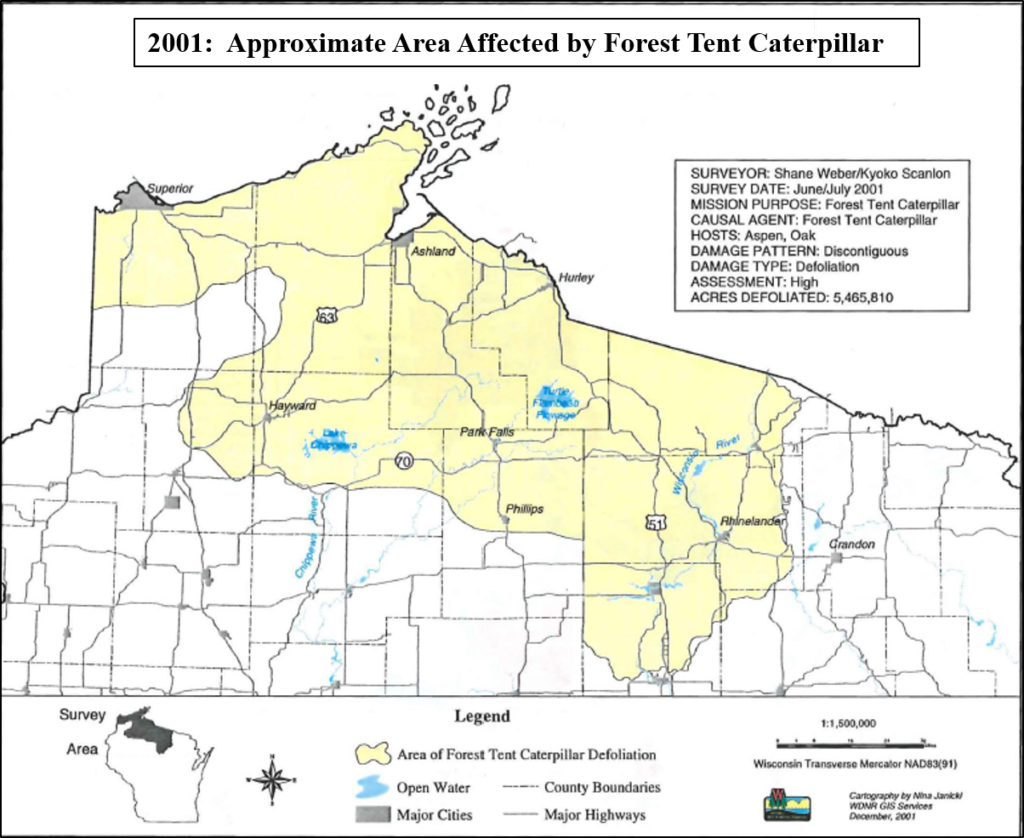 Outbreaks typically last between 2 to 6 years and vary in size, intensity, and spatial pattern of defoliation. Increasing numbers of overwintering egg masses and caterpillars are often observed several years in advance of a region-wide outbreak. During an outbreak, FTC populations can defoliate hundreds of thousands of acres for several years in a row, sometimes defoliating several million acres in peak years. For example, 8.2 million acres were defoliated in 1954. Heavy defoliation may be limited to a single county or several adjoining counties, and can even occur a few counties apart with little to no observable defoliation in between. An infestation may be peaking or collapsing in one portion of a county while another is just beginning several counties away. An insignificant amount of tree mortality in drought-stressed stands can occur after consecutive years of defoliation by FTC, usually caused by secondary pests such as armillaria root disease or bronze birch borer. Since egg masses were not found in most northwestern and northeastern counties last winter, a large outbreak of FTC is not likely this year.

The wet spring weather during the last two years may have limited FTC population growth. Weather conditions this spring, on the other hand, with below average precipitation and above average May temperatures might be just what it takes to slowly nudge this sleeping giant awake from its long slumber. Only time will tell.