Jack pine shoots are flagging over a large area of northern and west central Wisconsin this summer due to feeding injury from the jack pine resin midge. Symptoms include scattered dead branch tips and pitch masses on terminal buds and on twigs where larvae feed. 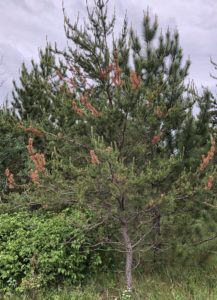 Larvae of jack pine resin midge, a type of fly, chew on the vascular tissues of jack pine shoots and feed on the resin that oozes out. This feeding behavior often girdles the shoot tips above the feeding sites, leaving dead needles that turn reddish brown as they dry. 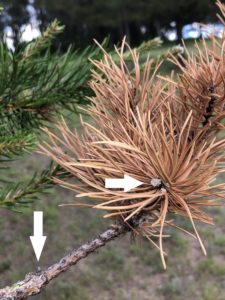 Shoot and twig death caused by this insect is of minor health consequence to jack pine. Control measures are typically not needed or recommended.