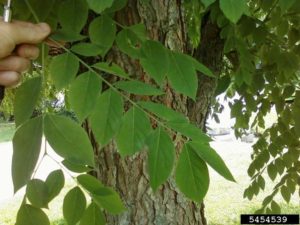 Native to: Hardwood region west of the Appalachians (includes Wisconsin)

Limitations: fruit is sometimes viewed as a nuisance (female trees only; male cultivars are available)

Comments: initially it can be hard to win over the public’s approval, because of its ugly duckling and sparse appearance when young; with age the tree becomes oval to round and broadens; the mature form, bark, and pods add nice winter interest.

Fun fact: Settlers used to roast the seeds, grind them and use them as a substitute for coffee beans. (Seeds are poisonous if eaten raw.)

(This is an updated version of an article written by DNR Urban Forestry Coordinator Don Kissinger for the urban forestry newsletter in 1994. Don thanked the city foresters of Stevens Point, Green Bay, Fond du Lac, Wauwatosa, and Waukesha for the information.)