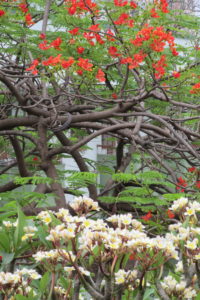 “What is it about this place?” I wondered. “Why does this city feel so harsh, so disheartening?”

Two hours earlier I had stepped off a train in Patna, India, and I’d been stuck in a massive traffic jam ever since. Honking cars, motorcycles, buses, bicycles, rickshaws, and livestock hemmed me in, but after nearly two months in India, this was nothing new.

Rup, my husband at the time (we are now divorced) is from Calcutta, and I’d grown to love his hometown. Despite the massive cultural differences and sheer size of the city (population: 14 million), I’d warmed up to the place immediately. Calcutta felt welcoming from the moment I arrived; Patna did not. After only two hours in Patna, my nerves were frazzled, I had a headache, and I just wanted to escape.

At dinner that night, my former mother-in-law put her finger on the reason for my discomfort. “It’s such a shame how this place has changed!” she exclaimed. “When I was a girl, this was the most beautiful city. So leafy and green. Now all the trees are gone. It’s just horrible!” 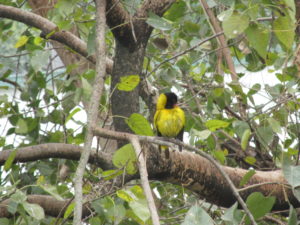 “Yes, that’s it!” I realized. “The trees make all the difference!” Rup’s family was fortunate to live in an affluent part of Calcutta that’s about as green as a densely populated city can get. They have a private yard filled with vigorous rosewood and neem trees. So many birds flocked to those trees that, as their song filled the air each morning, I felt as if I were living in a tropical rainforest. Those trees calmed and centered me so much that the constant din of honking horns and air pollution barely registered. Even though I was on the other side of the globe, being surrounded by trees made me feel at home.

I could feel how important those trees were to my mental health, and there’s a large and growing body of scientific research to back me up. Studies have shown that:

In fact, a wide range of studies have demonstrated the myriad health benefits of trees, including improved attention for those with ADD, decreased asthma and obesity, UV protection, and reduced violence and crime, among many others. During my travels in India, the cooling properties of trees helped prevent me from overheating when I was running in a local park on a 90-degree day, and my hard-working lungs appreciated the trees’ ability to filter air pollutants.

(To learn more about the health benefits of trees, visit Green Cities: Good Health (a project of the University of Washington with support from the USDA Forest Service) and Vibrant Cities Lab (created by the US Forest Service, American Forests and the National Association of Regional Councils.)

It’s no accident that Calcutta is much greener than Patna. Knowing that I worked in urban forestry, my former father-in-law assured me that the local government and residents of Calcutta took tree planting very seriously. As far as I could tell, he was right; newly planted trees were everywhere and appeared to be well-tended. I was continually amazed to see large, healthy trees growing in the tiniest gaps in the asphalt. By contrast, it hardly seemed like a green thing was growing in the whole city of Patna. Once a leafy city, it now felt bleak and inhospitable.

The stark contrast between the two cities served as a warning of what can happen when urban forestry is neglected. Without a commitment to tree planting and care, trees will soon vanish from our cityscapes.

A final note: I would like to point out that I’ve seen a relatively small part of Calcutta and an even smaller part of Patna, so it’s entirely possible that my views of both cities are skewed. Please keep in mind that these observations are based on my experiences rather than facts.