As the weather warms up and more of us are out in our gardens digging around, it seems like a good time to learn a few things about those fascinating and beautiful worms you keep encountering. 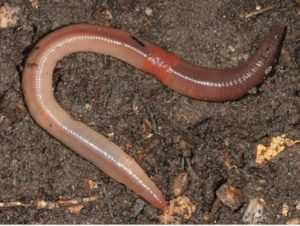 Nightcrawlers have reddish-pink bodies and can be 6-8 inches long when mature.

Earthworms, specifically nightcrawlers, or Lumbricus terrestris, are amazing animals. There are literally hundreds of different things I could tell you about them, but I’ll try to narrow it down to just the top ten!

Wait, what about different types of worms? Stay tuned, next month we’ll jump into jumping worms.