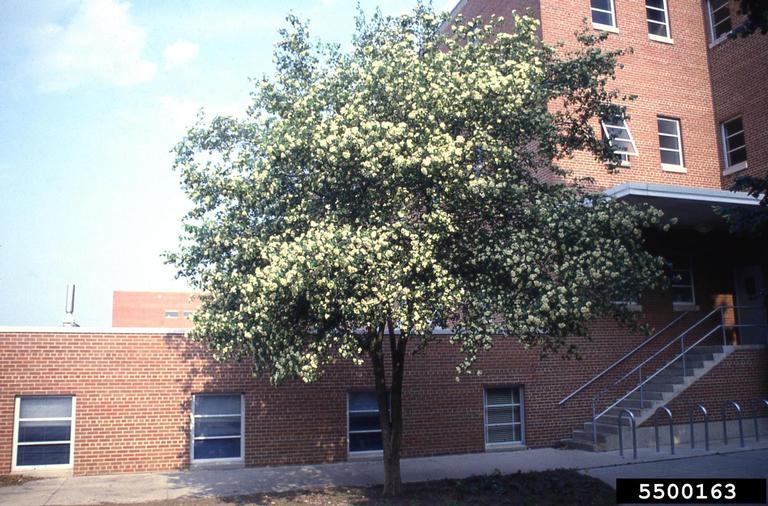 Form: upright oval to rounded vase shape; has 1 to 3-inch thorns (some cultivars have fewer thorns)

Fruit: globular, bright glossy red color, one-third inch in size, colorful through December then fade and are eaten by birds and small mammals 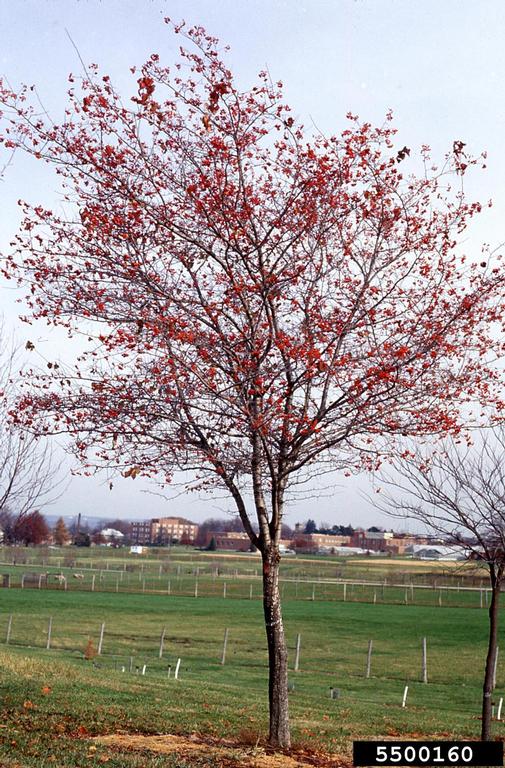 Suggested Applications: downtown city sites (tolerant of most urban conditions except for salt); avoid planting near high pedestrian traffic areas due to sharp, dangerous thorns or plant a cultivar that is almost thornless such as Princeton Sentry

Limitations: due to low branching habit, the tree must be set back sufficiently from roads or intersections for safe views and to prevent limb damage from vehicles; heavy snow may cause splitting and breakage of limbs due to tight branch angles

Comments: single-trunk form is preferred on wide boulevards and median strips, with the more natural multi-trunked form better for parklands

(This is an updated version of an article written by DNR Urban Forestry Coordinator Don Kissinger for the urban forestry newsletter in 1997.)