Emerald ash borer (EAB) reports continued to grow across Wisconsin in 2020. The total number of communities with EAB was 808 as of December, an increase of over 50% since the start of 2020. In addition, the insect was confirmed for the first time in six additional counties (Dunn, Florence, Oconto, Pepin, Price and Shawano) during 2020. EAB has now been found in 58 of Wisconsin’s 72 counties and confirmed on Oneida Nation land. Additional unreported infestations are widely believed to be present. 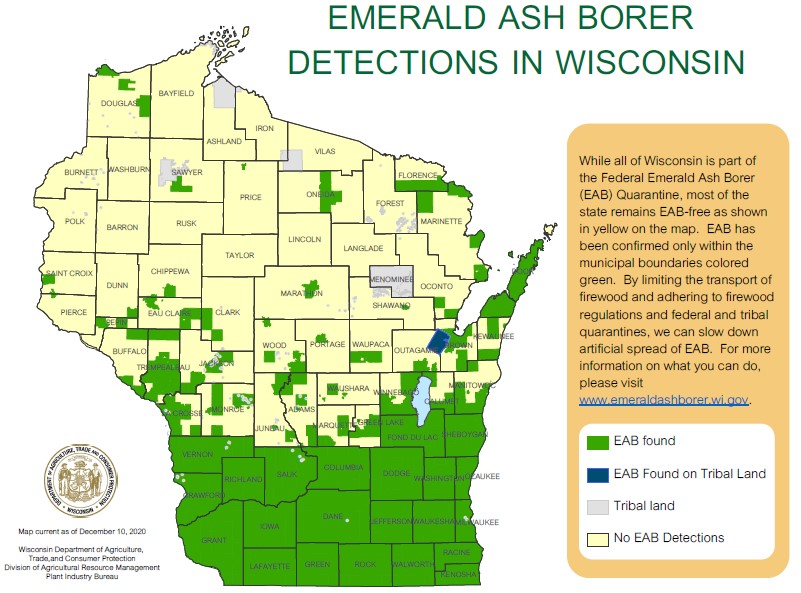 Municipal (green) and Tribal (blue) EAB detections in Wisconsin as of Dec. 10, 2020. Map created by the Wisconsin Dept. of Agriculture, Trade and Consumer Protection.

As of December 2020, the pest has been found in 44% of all Wisconsin municipalities including 120 cities (63% of all cities), 220 villages (54% of all villages) and 468 towns (38% of all towns). Cities are disproportionately located in the southern half of Wisconsin, where EAB is now a common insect. In contrast, large numbers of towns are present in the northern half of Wisconsin, where EAB is much less common. 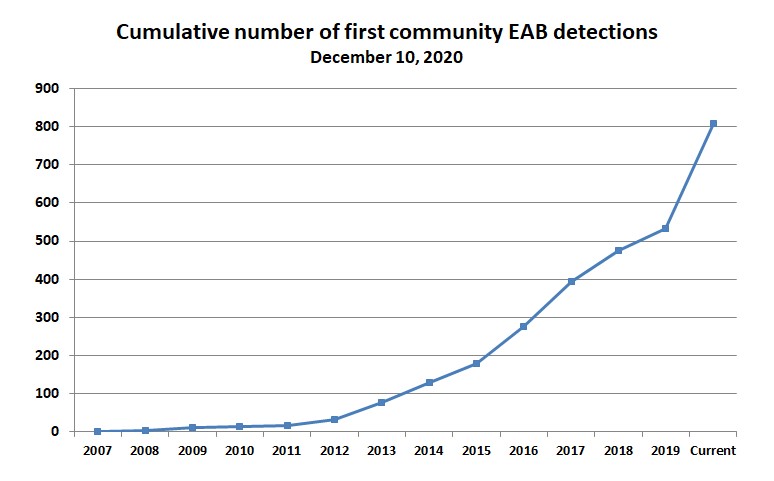 Cumulative number of communities where EAB has been detected in Wisconsin as of December 2020.

Additional information about EAB identification, detections and management can be found online at www.emeraldashborer.wi.gov.