This seems to be a good year for aphids, scales, spittlebugs and other insects that suck the sap of trees.

Large conifer aphids have been observed on white pine, jack pine and balsam fir. These large, dark colored aphids insert their mouthparts into the twig and suck the sap. They are often guarded fiercely by ants because aphids excrete a waste product called honeydew that ants collect as food. Sooty mold can grow on honeydew so when it covers the twigs and needles of the trees it makes them look darker than normal. Sooty mold is a problem because it limits the ability of those needles to photosynthesize, which can put the tree under stress if it occurs over multiple years.

If you have just a few colonies of these aphids, there is no control necessary as tree health shouldn’t be affected. If more than 30% of the branches have ant colonies present, or you’re noticing a buildup of sooty mold, you can spray the aphids with a pesticide or a soapy water mixture. Natural enemies, including ladybugs and lacewings, can be very effective at reducing aphid populations. But if ants are guarding the aphids, it can be difficult for natural enemies to work effectively, so controlling the ants may be necessary. 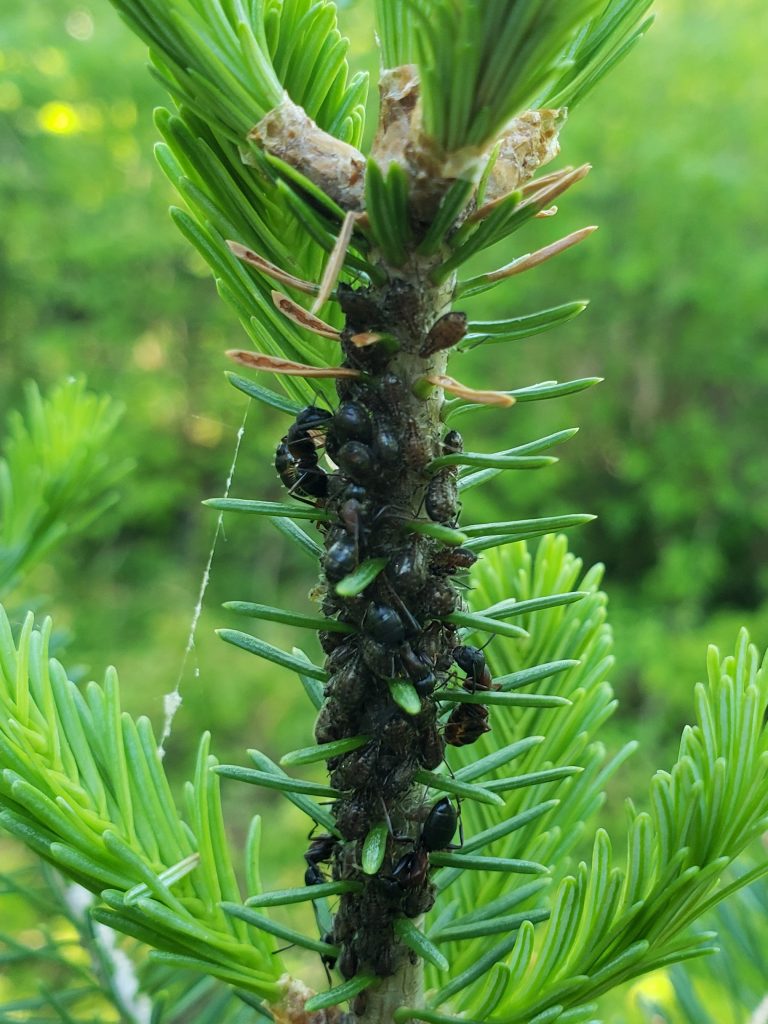 Aphids on balsam fir. There are several ants in this photo that are tending the aphids.

Scale insects also insert mouthparts into the twigs of trees and suck the sap, but unlike aphids, once they insert their mouthparts the scales will remain in that spot for the remainder of their life. Two scales that have been observed this year include lecanium scale on oak and pine tortoise scale on jack pine. All scales can also produce honeydew which can lead to sooty mold. Scale insects can be difficult to control with pesticides because they need to be sprayed when the scales hatch from the eggs. If the scales have begun to grow their waxy covering, a dormant oil or systemic may need to be used instead of a contact spray. 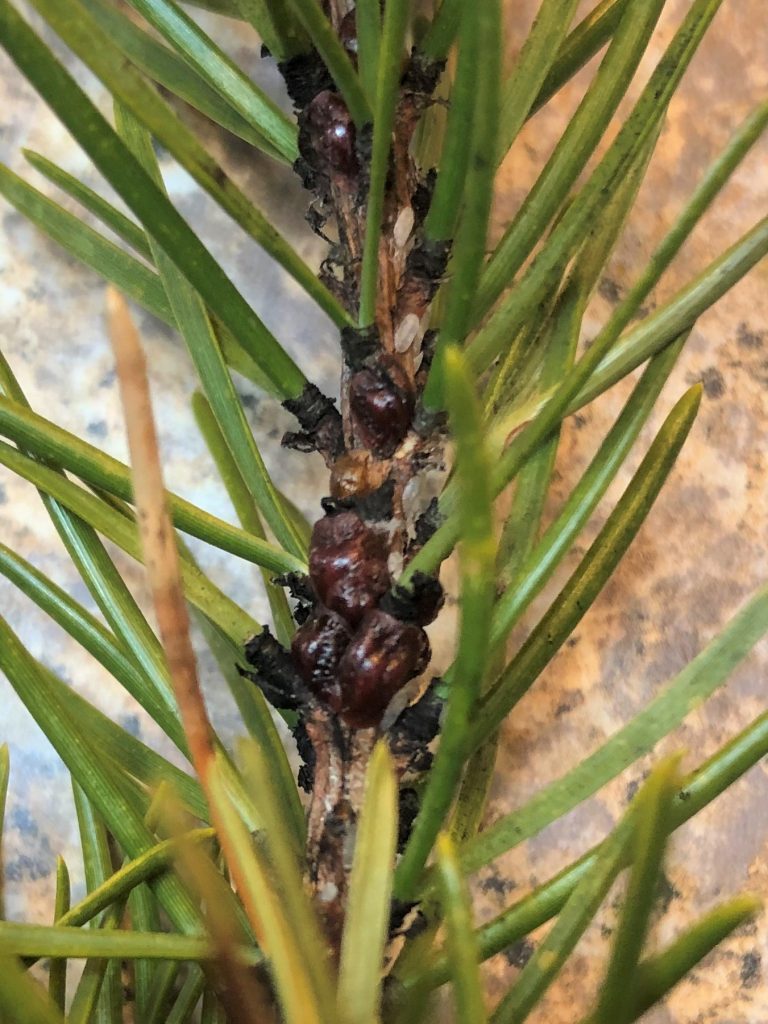 Brown lumps attached to the twig of this jack pine are adult pine tortoise scales, which suck the sap from the twigs.

Numerous spittle masses have been observed on balsam fir and white pine. These spittle masses protect the nymphal stage of the pine spittlebug from drying out, as well as from predators. The adults look like a brown mottled leaf hopper and can also suck the sap of their host plant. Generally, infestations are not severe enough to cause branch mortality, but on heavily infested trees you may notice some flagging on the branch tips. Generally, control is not needed for spittlebugs but, if necessary, a strong stream of water can rinse off the spittle. Pesticide sprays or systemics could also be used but are only recommended in severe infestations in which every branch has two or more spittle masses present. 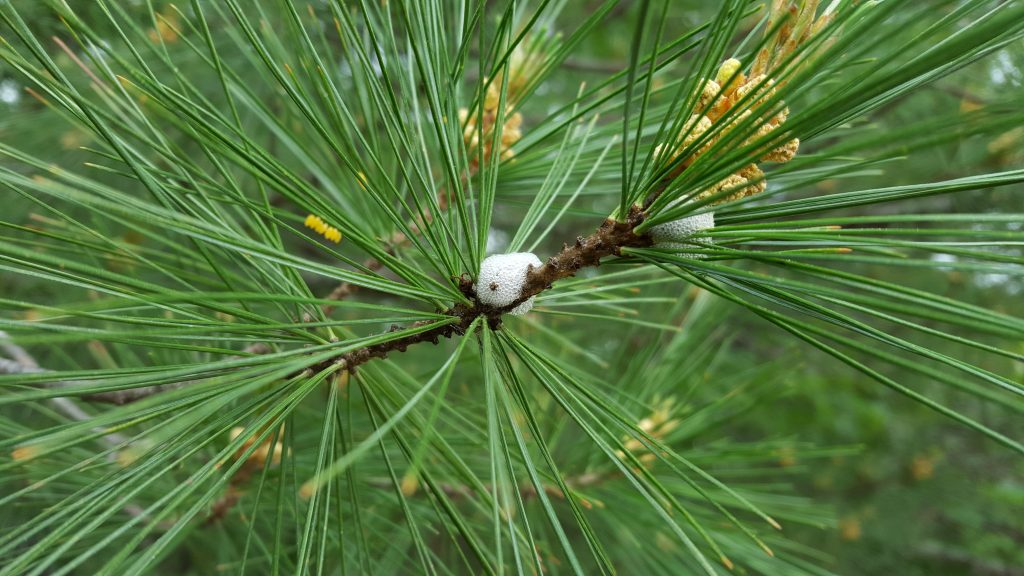 Spittle masses on this white pine are protecting the nymphal stage of pine spittlebug.