The spruce budworm outbreak in Wisconsin started in 2012, and outbreaks typically last about 10 years.  Mortality of balsam fir trees started to show up last year following several years of significant defoliation. Even with new growth on the trees this year, they may continue to decline, and mortality could still occur.

Defoliation is still present, but there is lots of new growth on balsam fir this year in many areas of northern Wisconsin.

Forest managers should monitor mature balsam fir (over 60 years old) and spruce (over 70 years old) stands for signs of repeated defoliation and top-kill. After three years of significant defoliation, or additional years of lighter defoliation, you may see dieback in the tree tops.

If trees are missing more than 75% of their needles or if the stand has been heavily defoliated for more than three years, including the current year, foresters should consider salvage harvests to capture value from affected trees.

Homeowners with just a few spruce or fir trees to protect can treat them with insecticide early in the spring as new needles emerge and enlarge. The biological insecticide Btk will work on the caterpillars, as will general insecticides. Defoliation is often most severe in the upper portions of the tree, so homeowners should plan accordingly when spraying and make sure the entire tree is treated. Certified arborists have equipment that can help with this.

In Oneida and Waupaca counties, balsam fir sawfly was observed this year. Last year this pest was seen in Portage and Oconto counties. Balsam fir sawfly larvae look like caterpillars and feed in groups. We have seen both the normal coloration of this pest as well as the “dark morph” which is nearly black.  Larvae feed on the outside edges of the older needle, leaving the central part of the needle which turns brown. They will feed on a single branch at a time, causing localized areas of the tree to turn brown.

Historically this is more of a problem in Christmas tree farms, but the reports from this year and last year were in balsam fir plantations and natural forests. 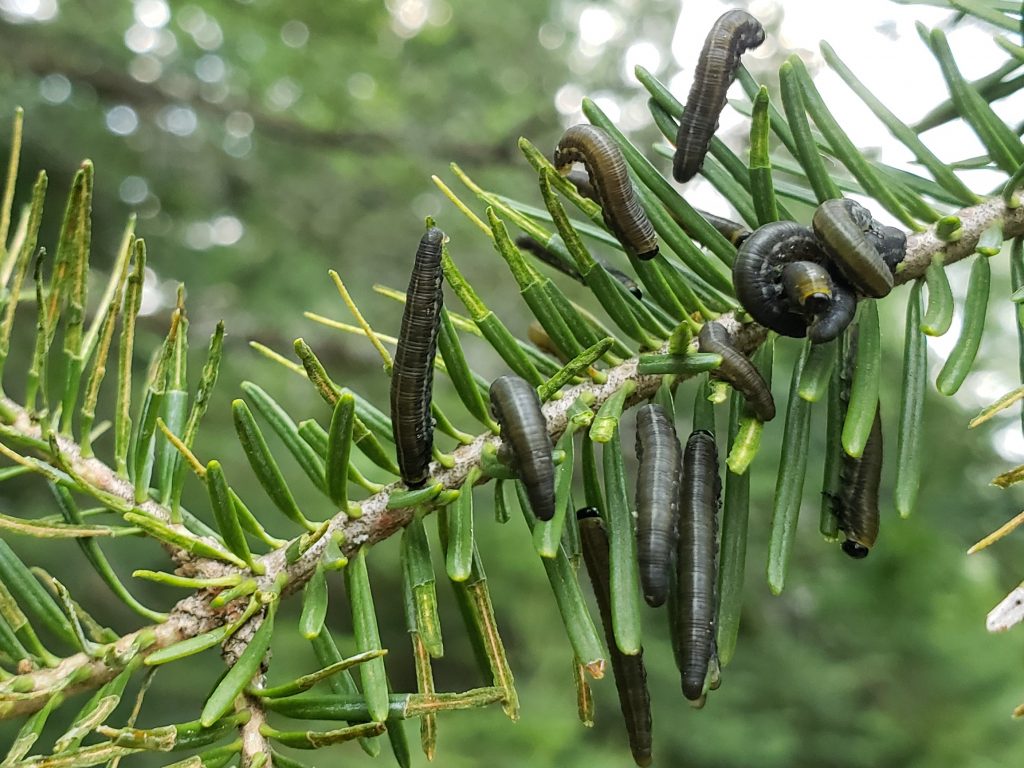 Balsam fir sawfly defoliation, note the feeding on the outer parts of the needles. 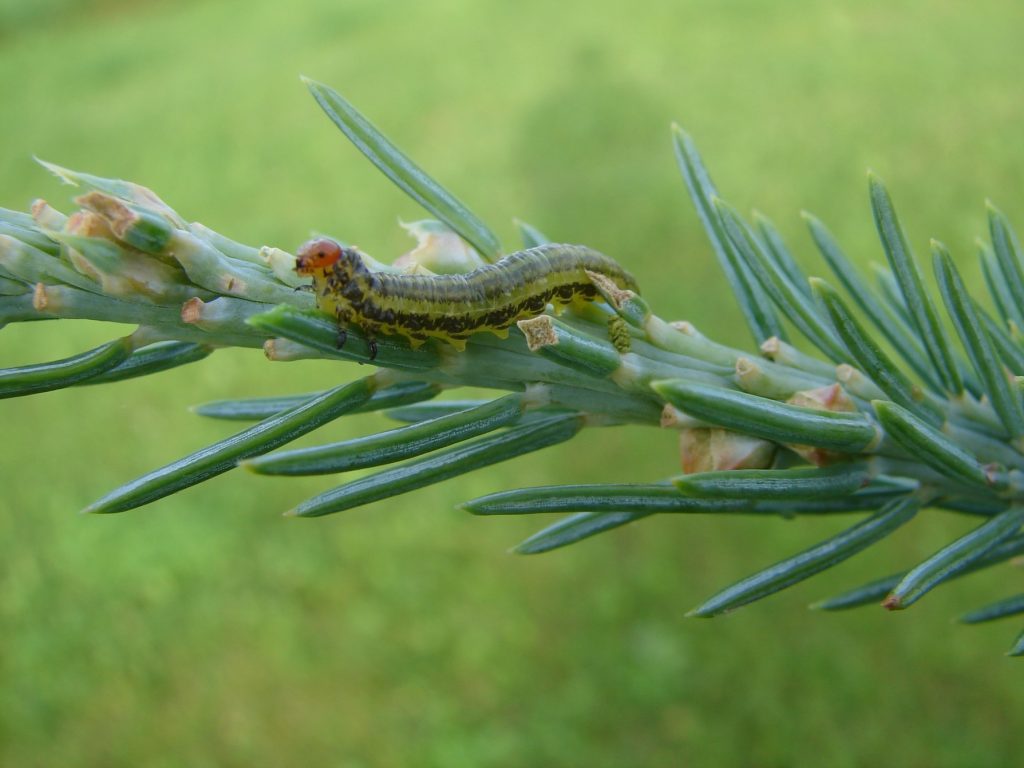 Yellowheaded spruce sawfly feed on spruce needles, chewing them down to the needle base.

Compared to yellowheaded spruce sawfly, the defoliation by spruce budworm is messy, with dead needles, webbing, and frass.