Forest tent caterpillar (FTC) may be making its way back onto the radar of northern Wisconsin property owners in the coming years, as some confirmed reports of defoliation in northern counties have trickled in. A native defoliator with a preference for aspen, oak and birch, this species undergoes periodic population outbreaks every six to 16 years. Widespread outbreaks can last for several years, causing heavy defoliation, reduced growth and temporary stress on affected trees. The last widespread outbreak ended in 2002. 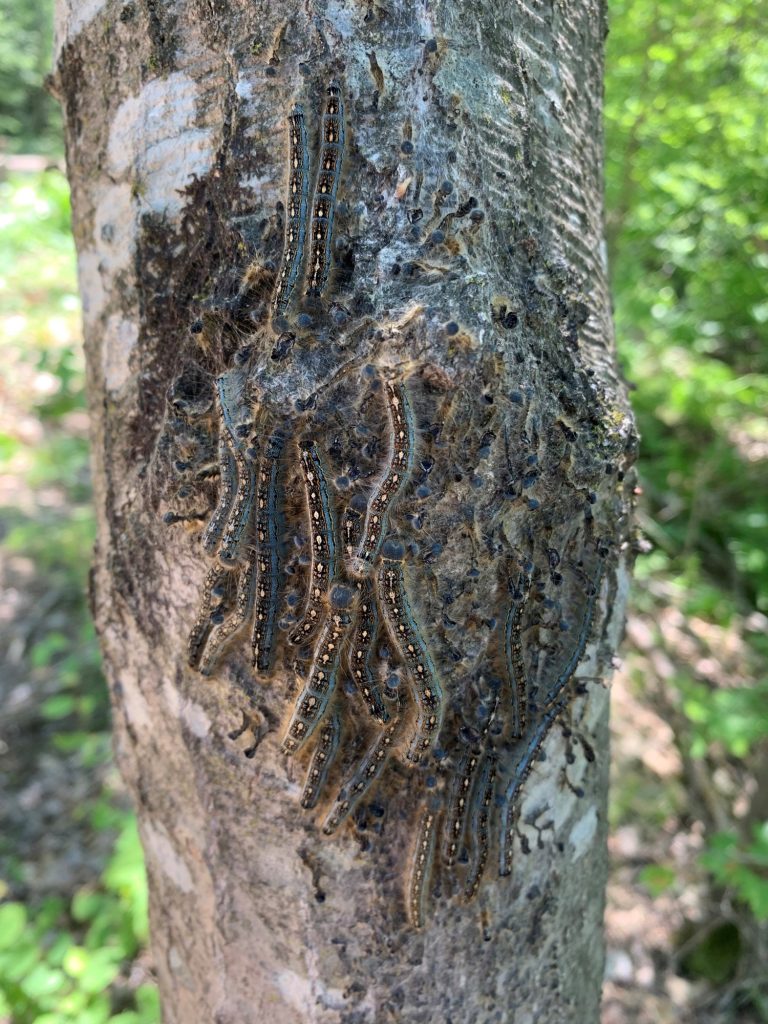 Winter egg mass surveys indicated that populations would remain low and little defoliation would be expected in 2021. Reports of localized defoliation have been confirmed in southern Sawyer County and northern Rusk County for the first time in at least seven years, and in the Oneida County towns of Nokomis, Sugar Camp and Three Lakes for the second consecutive year. However, defoliation was too localized and light to be observed in a follow-up aerial survey.

Nevertheless, this year’s defoliation reports may serve as a signal that an outbreak could begin in the next several years. Weather conditions play an outsized role in triggering population outbreaks, with warm and dry spring weather promoting caterpillar survival and population growth. Forest managers and landowners are advised to watch for and report any defoliation this summer and in coming years.

Please report any suspected FTC defoliation to your local DNR forester or regional forest health specialist, and learn more about FTC identification and biology on the DNR forest health webpage. FTC can be misidentified as another caterpillar, such as fall webworm or gypsy moth, so it’s important to correctly identify the insect of interest. In particular, localized outbreaks of gypsy moth may be present in northern Wisconsin in early July. Gypsy moth’s preferred hosts include many of the same species preferred by FTC. 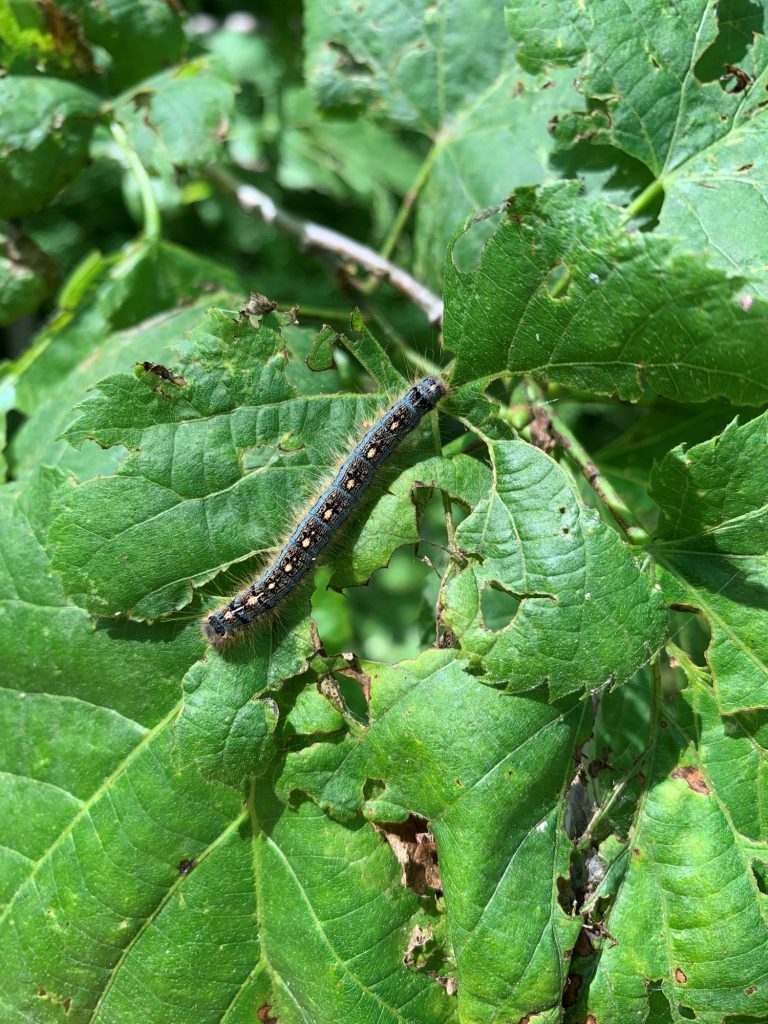