Giant hogweed is a non-native, invasive plant that has gradually gained a foothold in the northeastern U.S. Once popular for its massive size and white umbrella-like flowers, it was introduced as an ornamental as early as 1917. Now known for its harmful blisters, it is recognized as a public health hazard and controlled wherever possible. 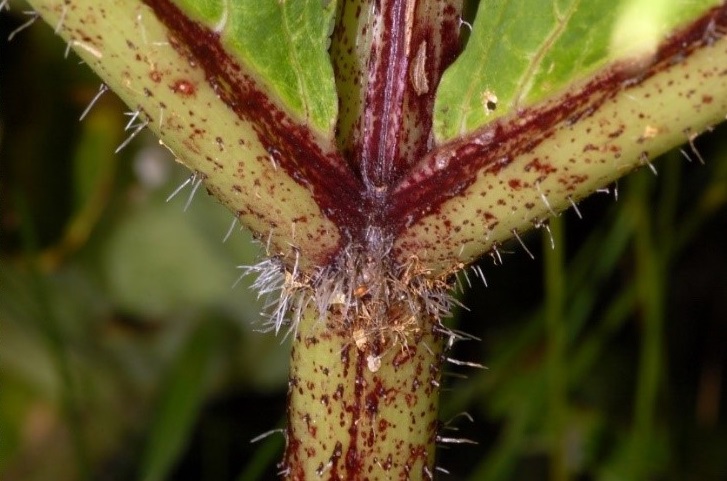 Giant hogweed has been verified in only four Wisconsin counties: Iron, Manitowoc, Portage and Sheboygan counties. It is a member of the carrot or parsley family and has several smaller and less alarming lookalikes. It is often confused with other species in the family, including cow parsnip (Heracleum lanatum), which is the most similar, angelica (Angelica atropurpurea), poison hemlock (Conium maculatum) and wild carrot (Daucus carota). Learn more and view photo comparisons of hogweed and its lookalikes in this guide from New York State.

In Wisconsin, giant hogweed is classified as a prohibited species under the Invasive Species Rule (Wis. Adm. Code ch. NR 40). It is not native, and its presence potentially causes economic or environmental harm or harm to human health. It cannot be possessed, transported or introduced without a permit. Isolated populations verified in Wisconsin are immediately controlled. It is believed that the plant can still be prevented from spreading further and can be eradicated in the state.

The cause for concern lies within the sap of the giant hogweed. It contains photosensitizing compounds that can cause a skin reaction when exposed to the sun. When the plant is bruised or broken, it can release a sap. If a person comes in contact with the sap and then exposes the area to the sun, swelling and blistering of the skin can occur and may lead to permanent scarring. Contact with the eyes can cause temporary and sometimes permanent blindness.

Giant hogweed flowers in late June through mid-July and is identified by its: 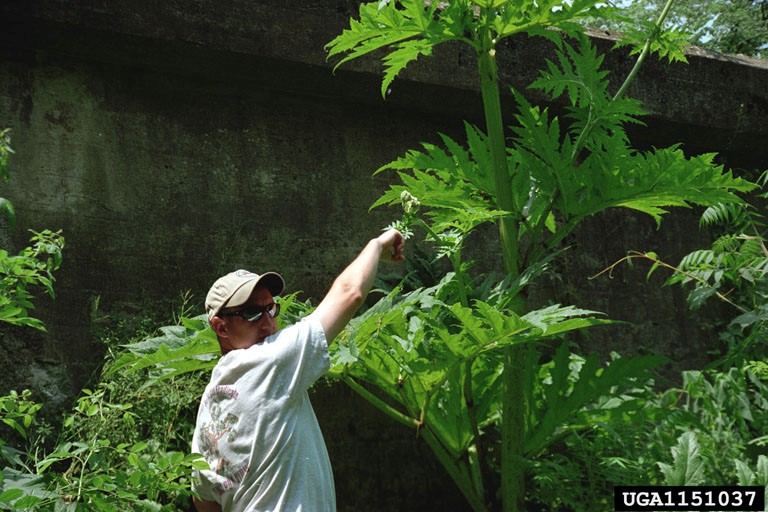 If you identify a plant that meets the size and characteristics listed above for giant hogweed, please contact the DNR at Invasive.Species@wisconsin.gov.