Pine bark adelgids are tiny insects that suck the sap of white pines. Once they insert their mouthparts into the tree, they won’t move any more during their lifetime, so for protection, they grow a white, woolly covering around themselves. A young, white pine plantation in Vilas County is suffering severely stunted needles from the 2020 growing season due to very high populations of pine bark adelgid. 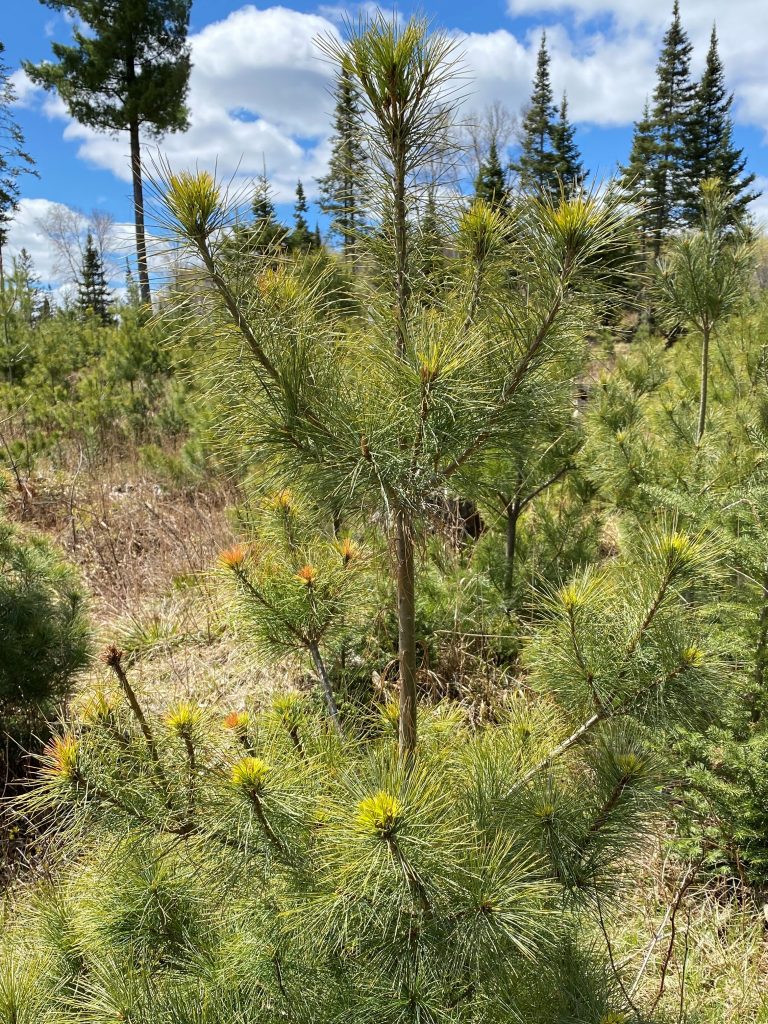 All branch tips on this white pine sapling have needles that were stunted by heavy populations of pine bark adelgid.

On older trees, you can sometimes see hundreds or thousands of them covering the main trunk, where they insert their long straw-like mouthparts through the bark to suck the sap of the tree. Even when populations are high on older trees, it rarely causes decline. On young trees, the adelgids are often found on the twigs or at the base of needles. Heavy infestations on young trees can cause trees to become discolored, stunted, weakened and can result in mortality if populations are high enough. 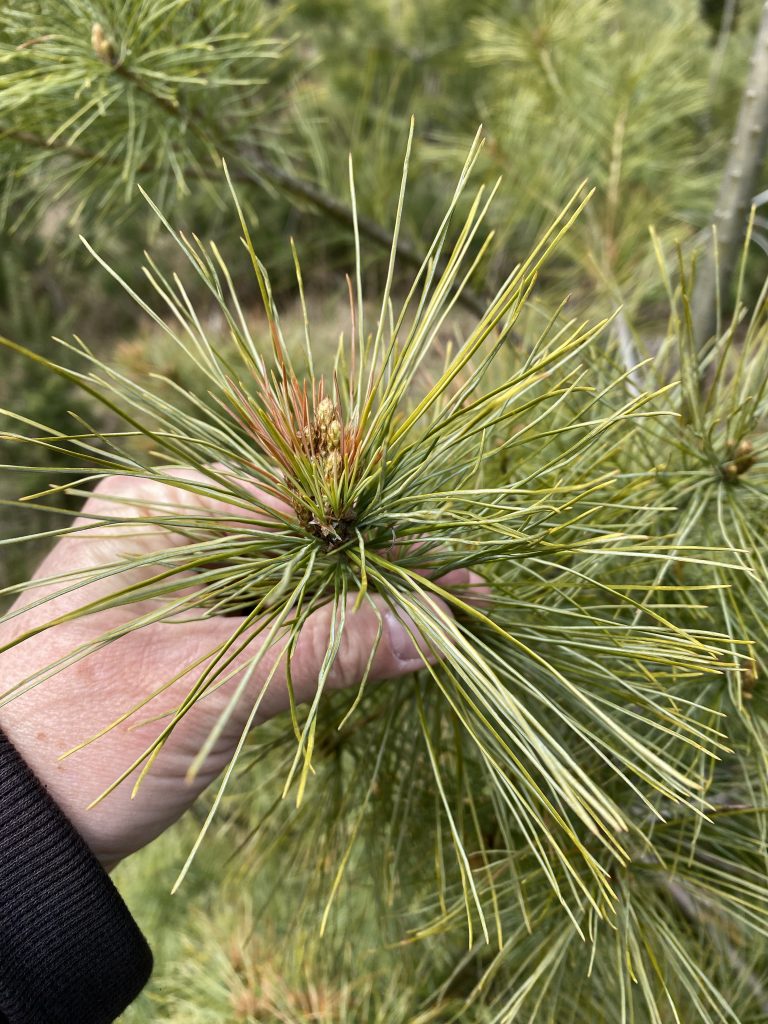 In this photo, the oldest needles (from 2019) are normal length, while the stunted needles from 2020 surround the newly expanding buds in the spring of 2021.

Syrphid fly maggots, which are predators of these adelgids, were also found at the pine plantation in Vilas County. Typically, there are plenty of natural enemies, including lacewings and ladybugs, to help reduce these high populations, so this site will be re-evaluated at a later date to determine if the population remained high and if needles from this year will be stunted as well. If populations remain at damaging levels for multiple years and natural enemies are not reducing the population enough, pesticides can be applied to control these insects. 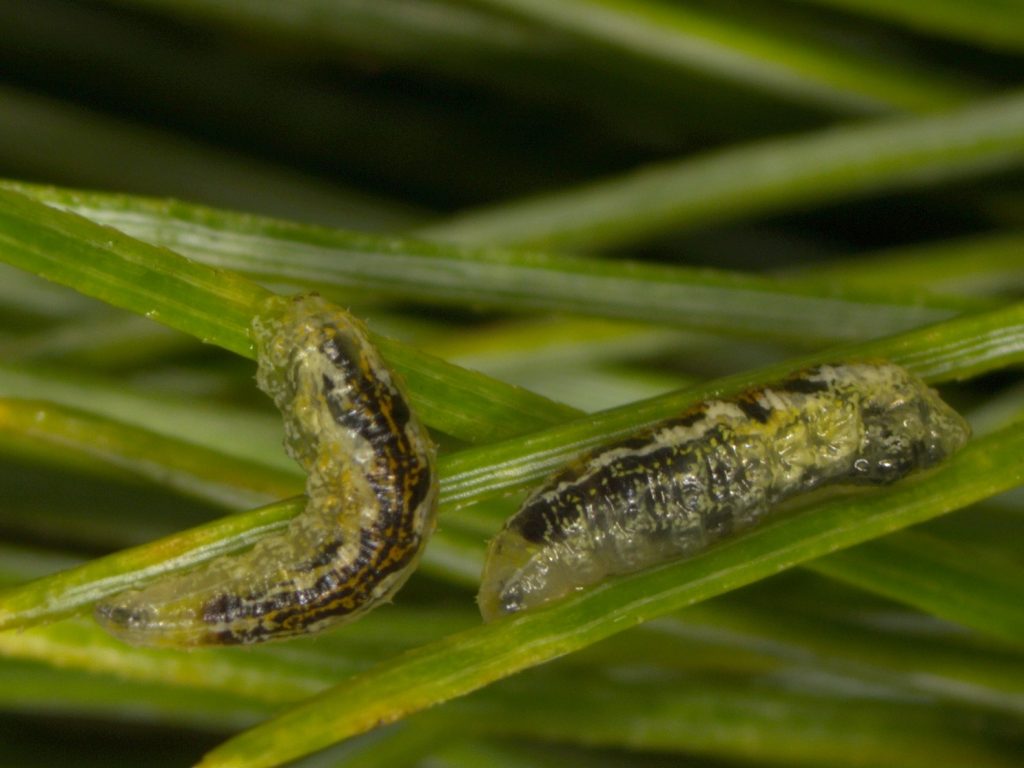 These syrphid fly larvae are good predators of adelgids and were found at the site in Vilas County. 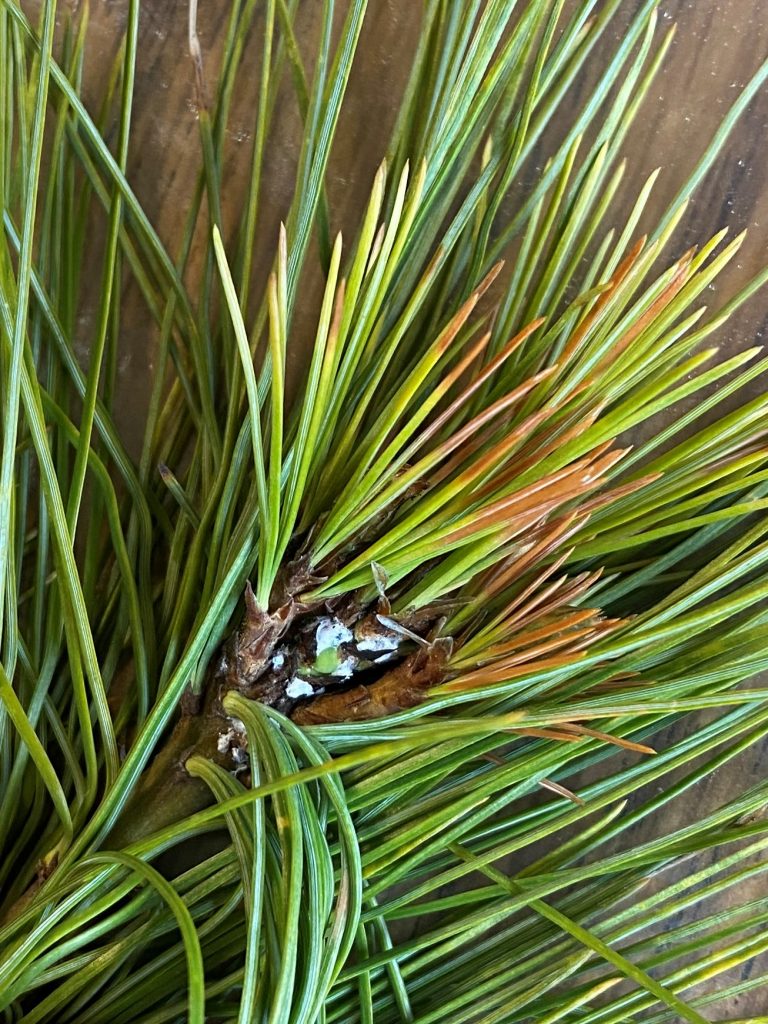 A close-up of the branch tip with stunted needles. The white areas on the twig are showing a high population of adelgids on this branch.