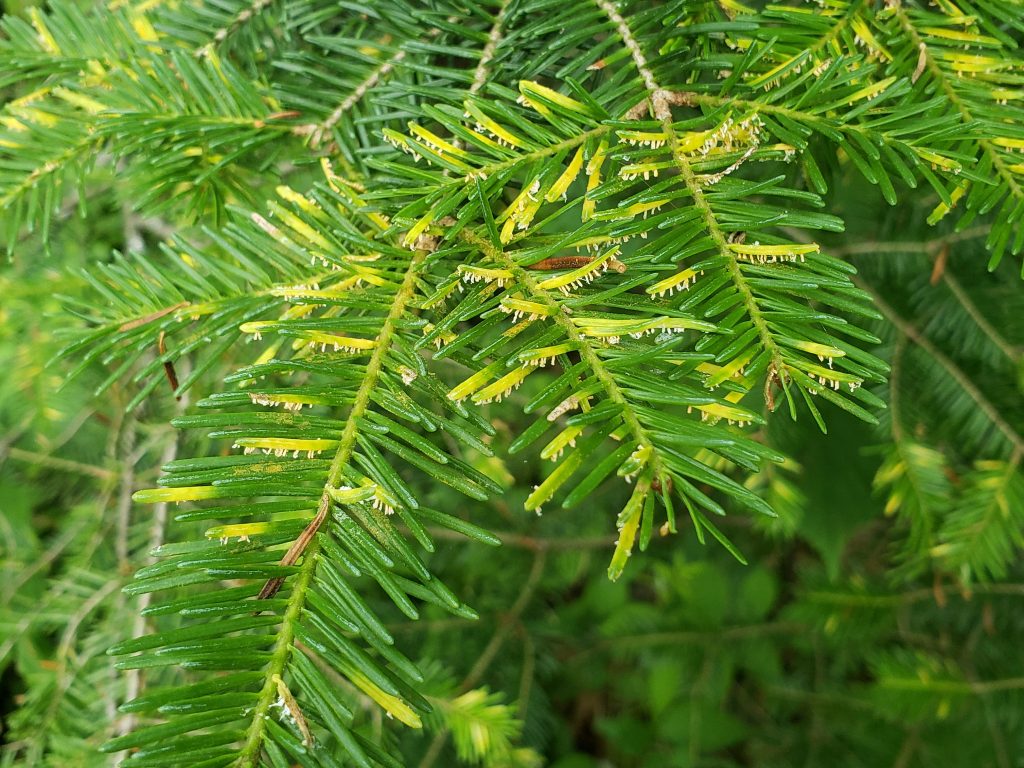 Although much of the state was quite dry this spring, there was more rainfall in north-central Wisconsin and this fungus does well in years with a cool, wet spring. Unfortunately, there are several things impacting balsam fir needles this year in the north, including spruce budworm defoliation, yellowheaded spruce sawfly defoliation, frost/freeze impacts, suspected phomopsis tip blight and now balsam fir needle rust. Infected needles will drop prematurely.

In most cases there is no need to do control for balsam fir needle rust. Needles are infected early in the spring as the needles are elongating, so by the time you see the yellow needles and pustules there are no treatment options for that year. If your trees have been defoliated several years in a row, and the foliage is looking thin, you could control the secondary host in the area. All rust fungi require a second host to complete their life cycle. Balsam fir needle rust produces spores on ferns, its secondary host, in the spring. By mowing the ferns during the summer, the amount of inoculum in the area will be reduced and you’ll notice less infection in future years. Additionally, the success of this fungus is tied to early spring weather, so in some years the infection rate will naturally be lower.

Close up showing the rust pustules that erupt from the underside of needles.