In 2019 and 2020, many eastern U.S. states noted damage from this insect. While this is mostly a cosmetic issue for the tree, it can cause concern for homeowners and landowners when it appears that their trees are defoliated. The good news is that this damage rarely has an impact on the health of larger trees. 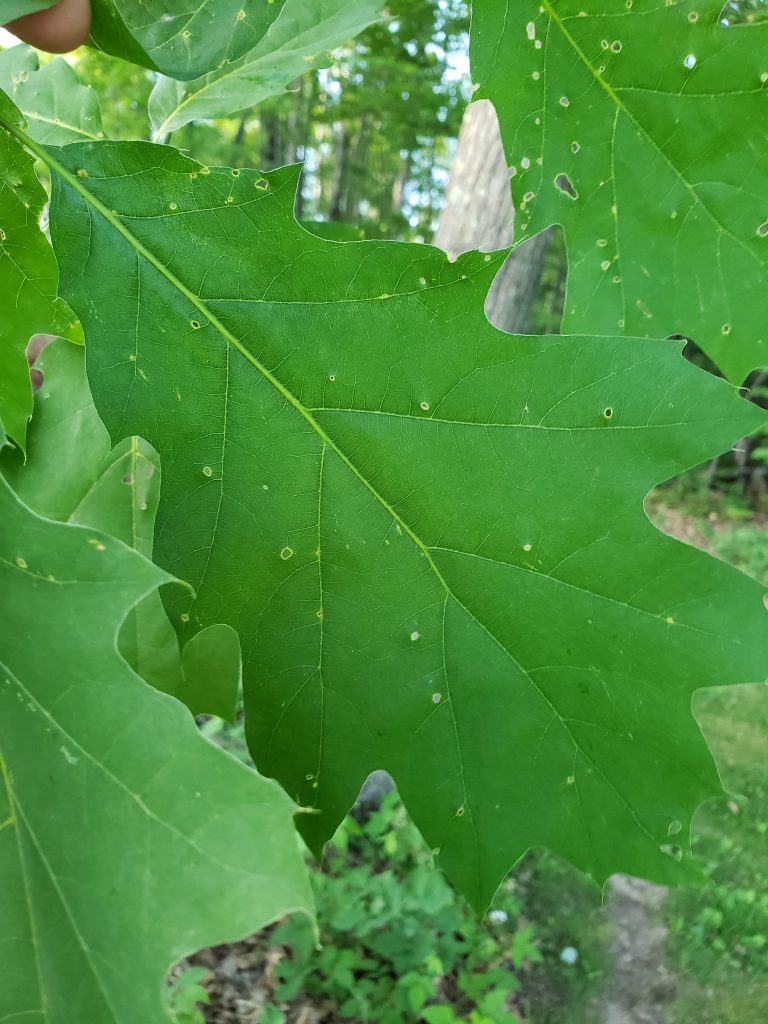 Small holes in the leaf, often with similar holes on the both sides of the main vein, indicate damage from oak shothole leafminer adults.

Oak shothole leafminer is a native fly that uses its ovipositor (egg layer) to pierce the newly enlarging buds on oak trees early in the spring. The damage this causes only shows up once the leaves begin to expand and small holes are revealed. These holes often have very regular shapes and edges, ruling out caterpillar or other insect feeding. The larval stage of this insect is a leaf-mining maggot that feeds within the leaf, creating a small mined-out area between the upper and lower surfaces of the leaf. These blotch mines will turn brown and can resemble anthracnose infections. There is only one generation per year, so once the larvae are done feeding, they drop to the ground to pupate and remain there until the following year.

In the 1991 Wisconsin Annual Forest Health Report, this species (called leaf-mining maggot at that time) caused noticeable leaf damage on red oaks across much of southern Wisconsin.

Parasitic and predatory insects generally keep oak shothole leafminer in check so that pesticide use is not necessary. By the time damage is noticed, whether it’s holes in the leaf or leaf mines, the stage of the insect that created that damage is already gone, so pesticides are not necessary.

These small green “caterpillars” are actually sawfly larvae. They feed on oak leaves creating irregular feeding areas with scalloped edges but leaving the main veins of the leaf. They are generally found on the undersides of leaves and often go unnoticed. It is believed that there is just one generation per year, so by the time you see the damage, they are probably gone for the year. 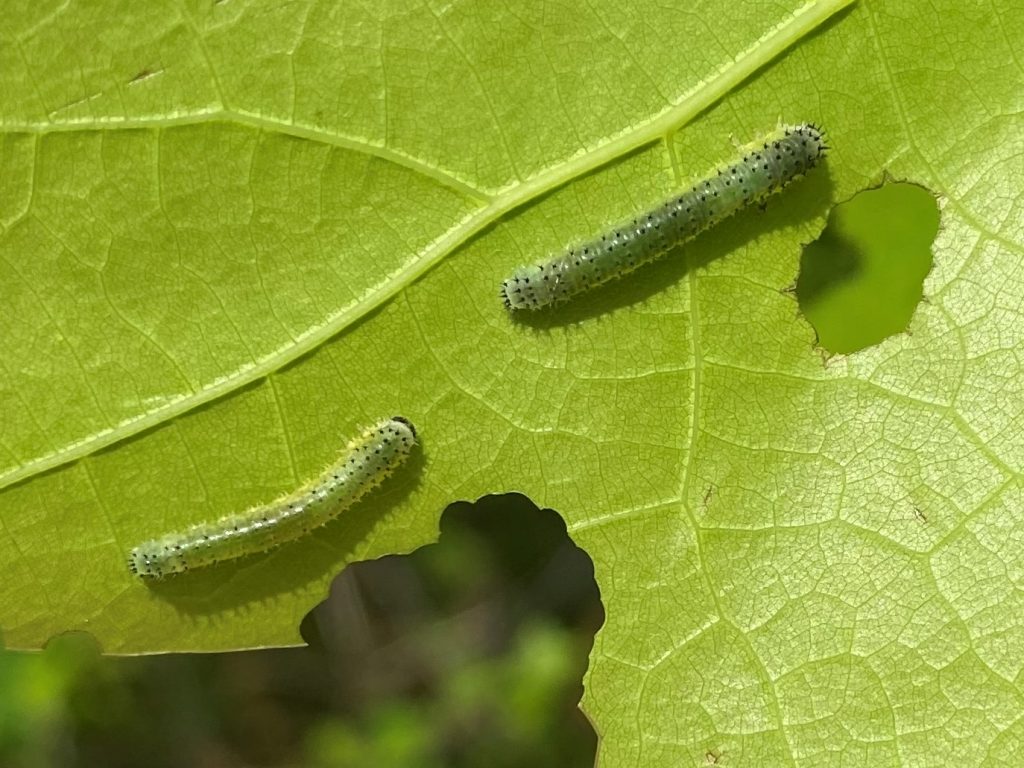 The small sawfly larvae feed on leaf material between the veins of the leaf. 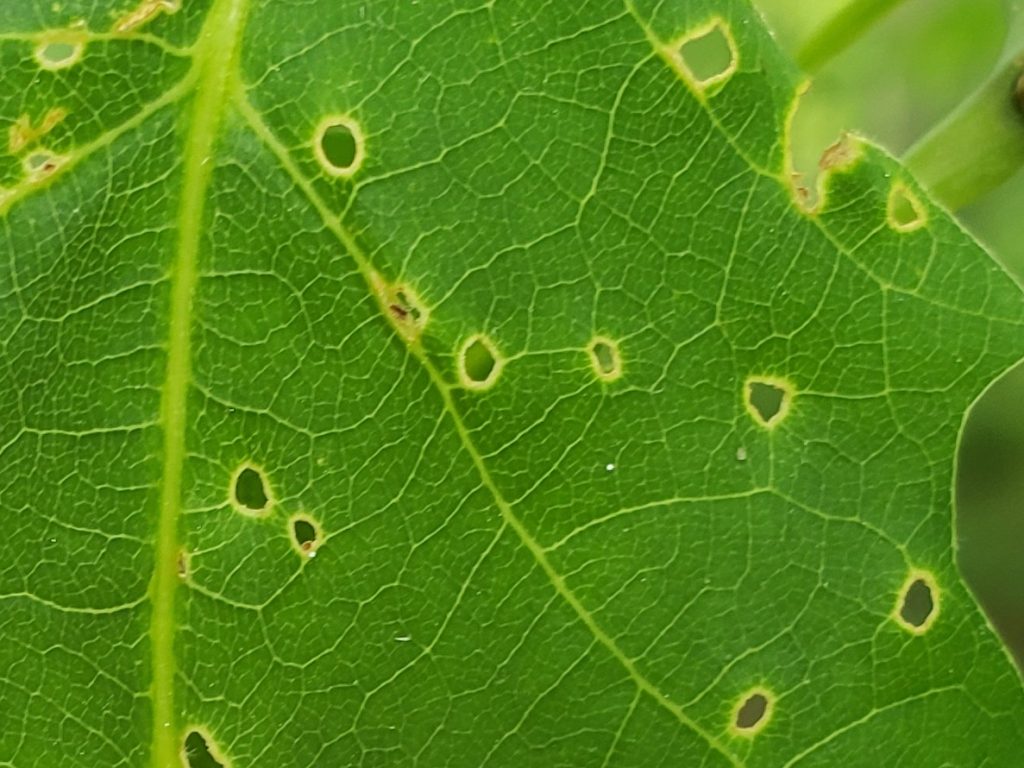 Holes caused by shothole leafminer have smoother edges than those created by the feeding of spiny oak sawfly.