For the third year in a row, colonies of redheaded pine sawfly have been noted on understory red pine in northern Wisconsin, with the most reports coming from Vilas and Oneida counties. 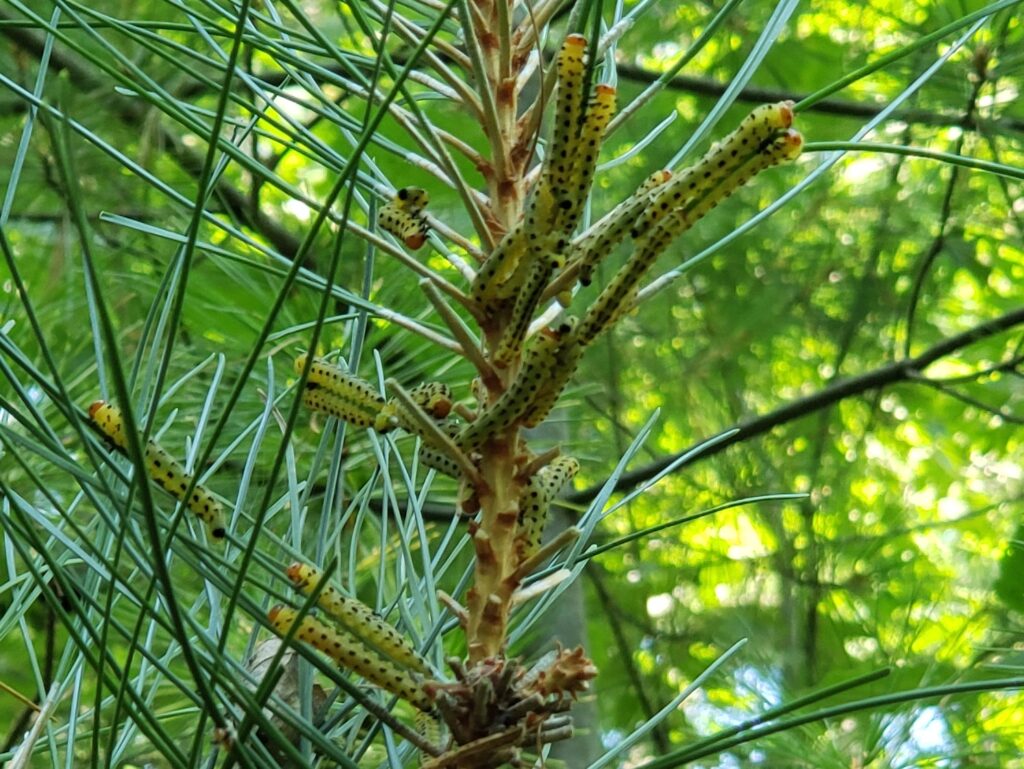 Redheaded pine sawfly larvae feeding on red pine needles. Note the needle stubs where they have eaten nearly to the base of the needle. Photo Credit: Wisconsin DNR

Redheaded pine sawfly larvae look like caterpillars and feed gregariously (in groups) on young red, jack and Scotch pines. There are two generations per year. The first generation of caterpillars in the spring feed on needles from the previous year, while the second generation feeds on the current year needles, which can put trees under significant stress. The first generation often goes unnoticed, but the second generation occurs in late summer, has larger numbers of larvae, and damage to new needles is more obvious so they are more likely to be noticed.

Sawflies can be controlled by clipping the branch where a colony is present and squishing the sawflies or by using a general insecticide. Always read and follow label instructions carefully when using insecticides. There are also several natural controls in the environment, including parasitoids, predators and a virus, that can have big impacts on the larvae and eventually cause the sawfly populations to collapse.