White pine trees in many counties in northeast and northcentral Wisconsin have developed rusty-colored wilting needles on outer branch tips scattered throughout the tree’s crown. These dead branch tips are associated with the feeding by white pine bast scale. The scale is a tiny insect that inserts its straw-like mouthpart into the twig to suck sap from the outer layers of phloem called bast. Damage has been observed on trees over 20 feet tall this year. 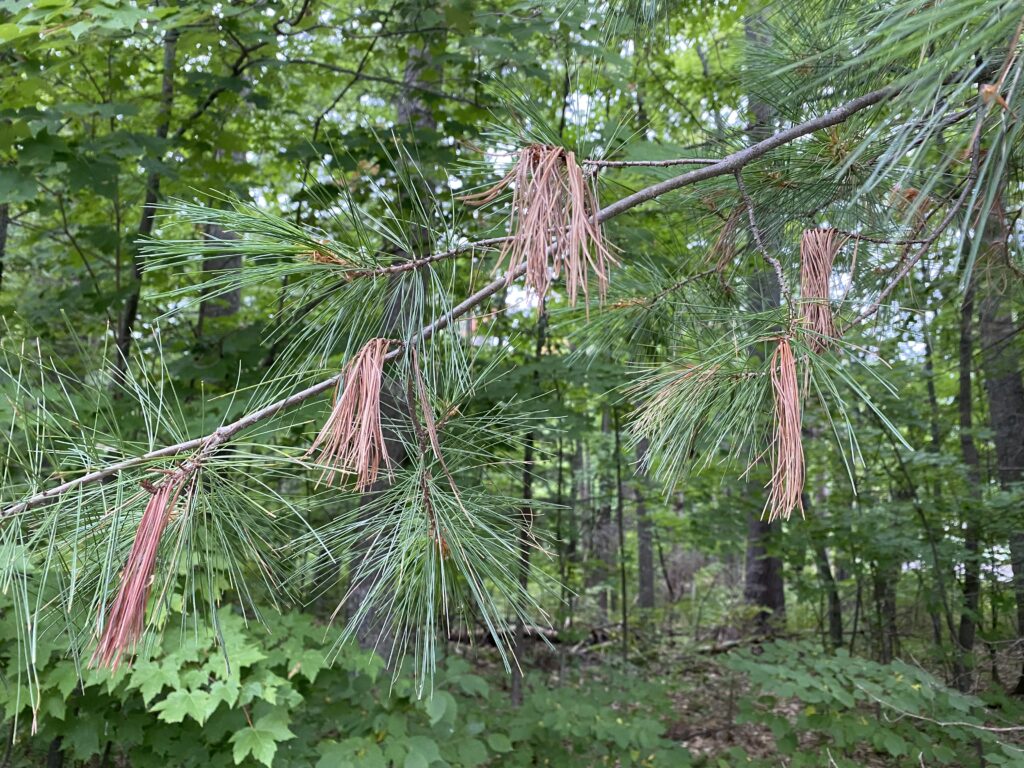 Branch tips on this white pine indicate a problem with bast scale and the disease Caliciopsis. Photo Credit: Wisconsin DNR

White pine bast scales can be found under lichens, in bark crevices, in folds in the bark of twigs and at the base of needles. Their feeding allows a fungal canker disease, Caliciopsis (Caliciopsis pinea), to enter the branch and girdle and kill it. Many cankers can develop on each branch. As more cankers develop, affected branches will eventually be unable to move water into foliage, causing death.

This insect/fungal disease complex was first observed in northern Wisconsin in 2018. Branch mortality due to the combination of white pine bast scale and Caliciopsis typically begins on lower branches. Soon symptoms appear higher in the tree, and eventually, whole branches die. White pine bast scale by itself has not previously been known to cause problems in white pine. Currently, there are no management recommendations, but researchers in the Lake States are working to understand more about this emerging issue.