Emerald ash borer was confirmed for the first time in Barron, Iron and Langlade counties during the year. It has now been found in 61 of Wisconsin’s 72 counties and confirmed on Oneida Nation land, and we believe additional unreported infestations are present. 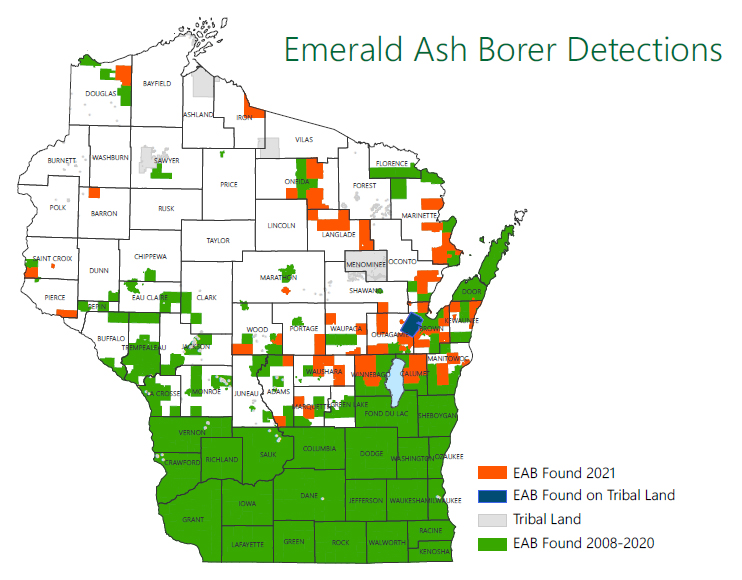 By the end of 2021, the pest was found in 49% of all Wisconsin municipalities: 131 cities (69% of all cities), 236 villages (57% of all villages) and 531 towns (43% of all towns). The cities where it’s been found are disproportionately located in the southern half of Wisconsin, where emerald ash borer is now a common insect. In contrast, the northern half of Wisconsin has many towns, and emerald ash borer is much less common in that region and in that type of municipality. 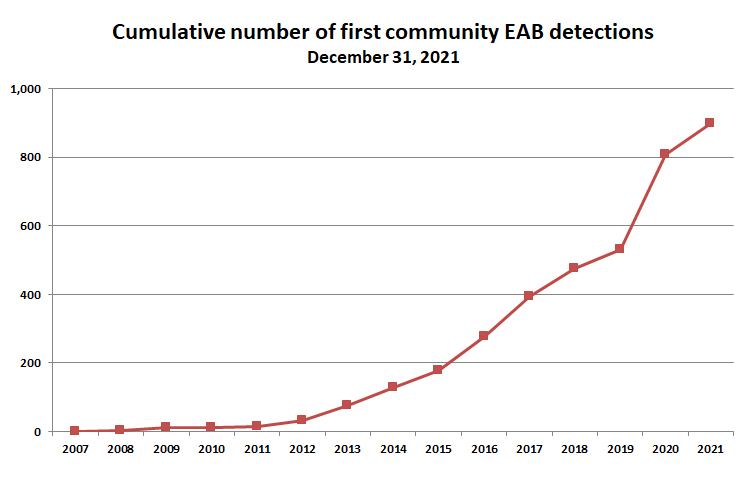 Cumulative number of Wisconsin communities where emerald ash borer has been detected as of the end of 2021. Graph courtesy of Wisconsin DNR.