Forest owners and land managers should be on the lookout for beech leaf disease (BLD), a destructive disease of beech trees. The disease is primarily found on American beech (Fagus grandifolia) but can also be found on ornamental species like European, Oriental and Chinese beech (F. sylvatica, F. orientalis and F. engleriana). 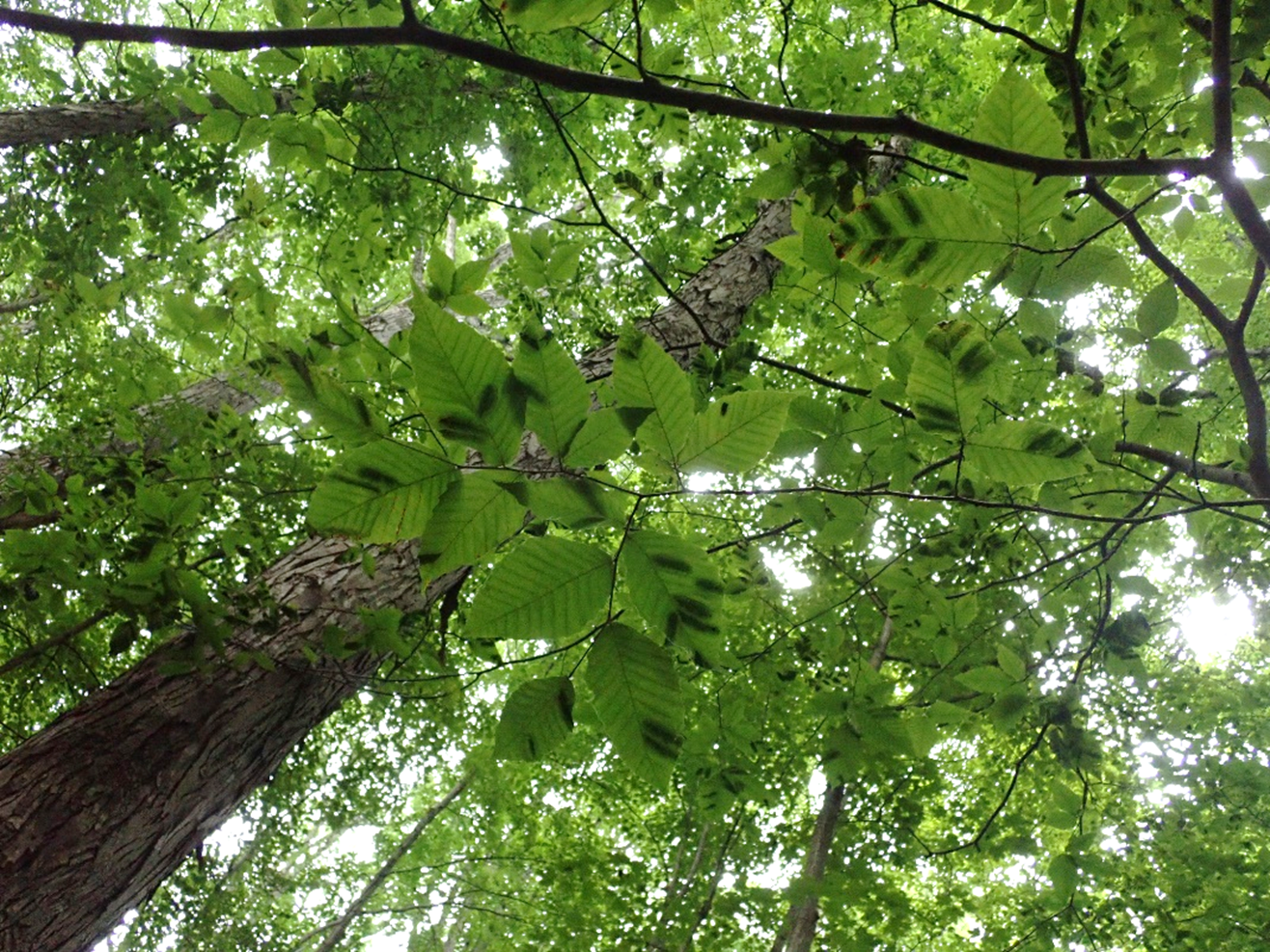 Symptomatic striping seen from under the canopy. This photo was taken in Ohio. Photo: Wisconsin DNR

Although it has not yet been found in Wisconsin, recent discoveries of the disease in Virginia, New Hampshire and Michigan highlight the continued importance of monitoring BLD’s expansion. There is potential for BLD to move into Wisconsin, as the eastern portion of the state overlaps with the American beech tree’s native range. 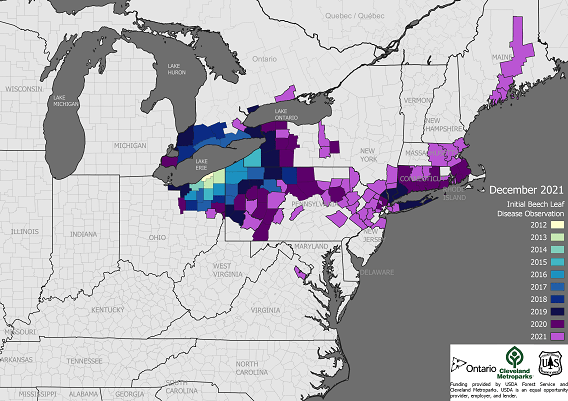 Symptomatic trees can be identified by dark striping or banding between leaf veins on multiple leaves of a tree. This can be most easily spotted from the undersides of leaves while looking up into the canopy. 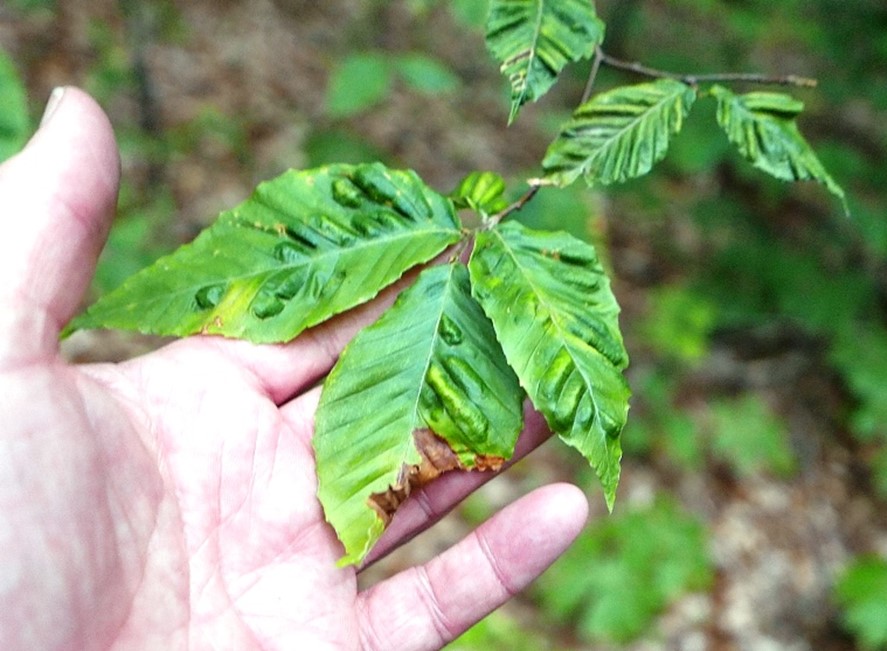 The most susceptible trees are saplings and younger, smaller beeches, which can die within 3-5 years of symptom development. Disease progression and mortality still occur in older beeches but typically over a longer period.

Recent research has identified Litylenchus crenatae mccannii, a newly described roundworm, as a necessary condition for symptom development. While the infection mechanism is still unknown, the roundworm is associated with the leaves and buds of beech trees. They overwinter in buds and may be found in leaf tissue beginning in June or July.

Symptom detection may not be possible for some time after infestation; however, early detection techniques through molecular methods and infrared technologies are in progress. Detection difficulty means that BLD may become established before symptomatic trees are discovered, such as in Michigan.

Beech trees are important to our forests for many reasons, including providing food for wildlife. If you see symptoms of beech leaf disease in Wisconsin, please contact your regional forest health specialist.