This time of year, you may see black beetles with long antennae flying around, especially in areas with pine trees. These slow, ungainly flyers are a native longhorn species called white-spotted sawyer beetle, also known as pine sawyer. 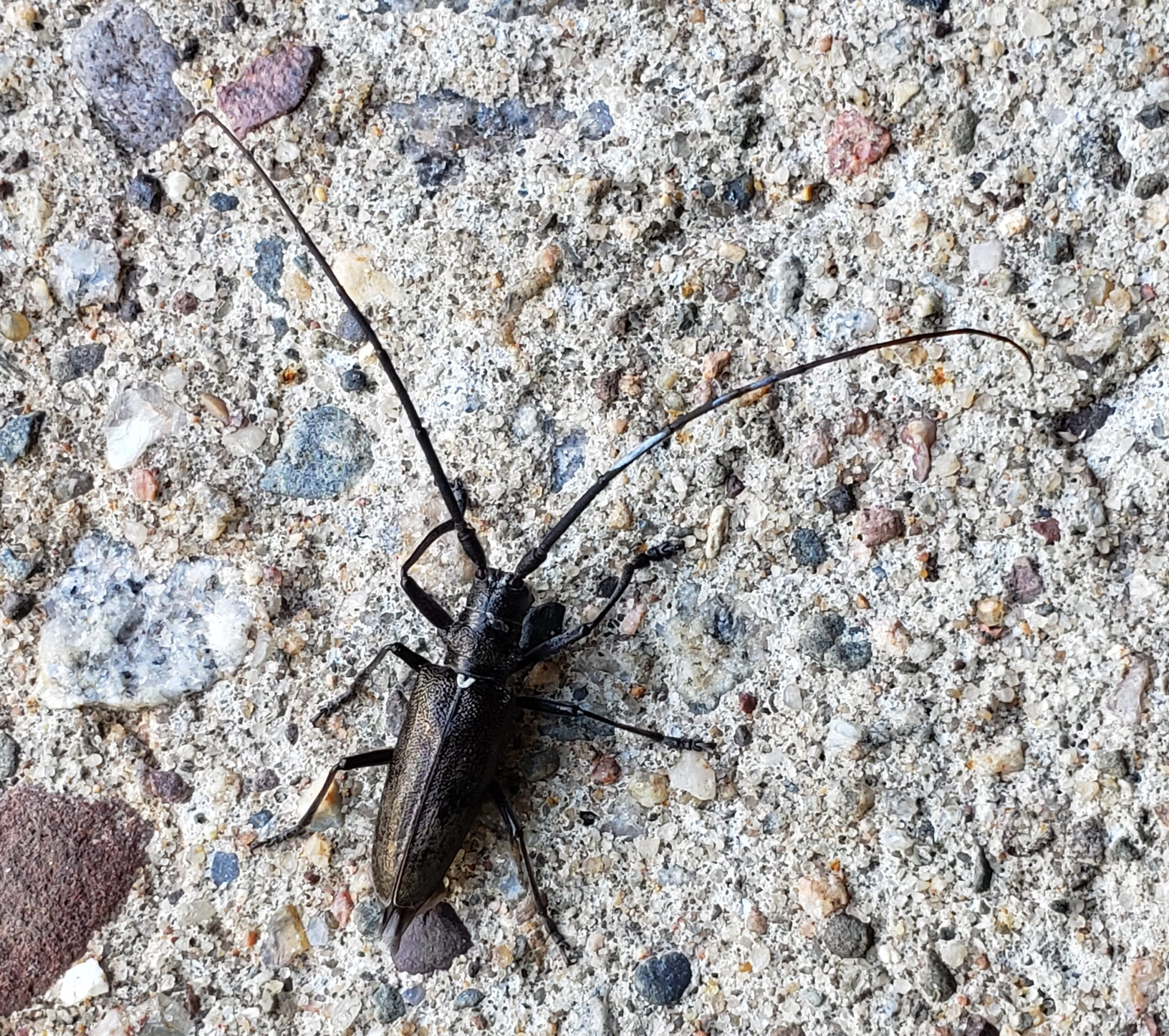 Their larvae develop in weakened, recently dead or recently harvested conifers. On a summer day, you can hear the larvae chewing under the bark of infested trees. They pupate within the tree, and adults chew their way out, leaving large round exit holes.

Adults feed on needles and twig bark, which can cause fine branch mortality. Areas with storm-damaged pine, conifer decline (due to high water levels) and stressed conifers attract these beetles.

Pine sawyers are often mistaken for Asian longhorned beetles (ALB). However, ALB is a big, burly insect that makes our native sawyer beetle look slim in comparison. Additionally, ALB is very smooth and shiny, with distinct white spots on black wing covers. Our native sawyer beetle appears pitted or dusty, and the white spots may be less distinct or absent. Finally, our native beetle has a nice white dot between its “shoulders” where the wing covers meet, and ALB does not. 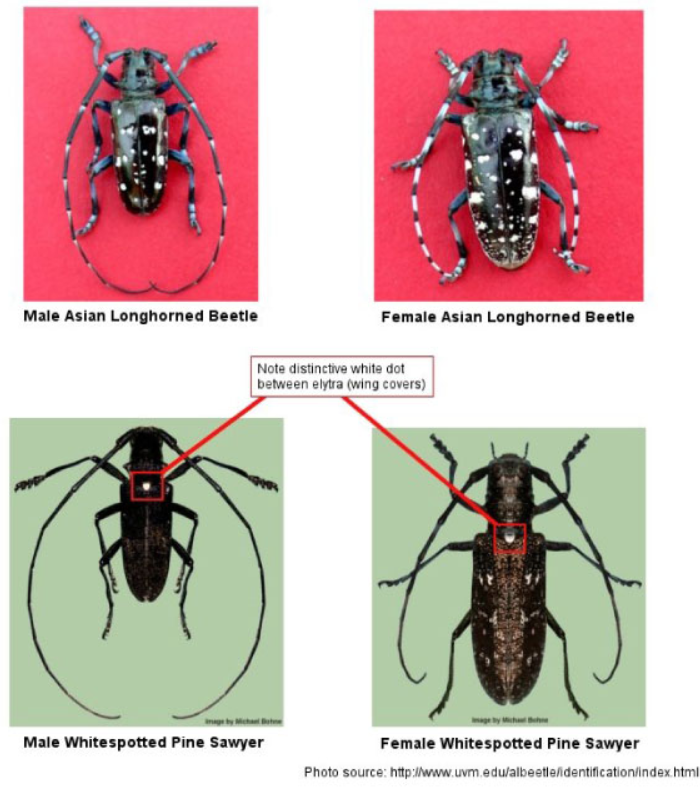