The number of Forest Health (FH) specialist positions in the state was recently reduced by one, going from seven fulltime positions to six. To reflect this change, the forest health zonal map was restructured to spread coverage between five forest health specialists (the FH specialist position for the Central zone, while not eliminated, remains vacant). The new assignments went into effect on April 3, 2018.

To contact a forest health specialist, please refer to the revised map below: 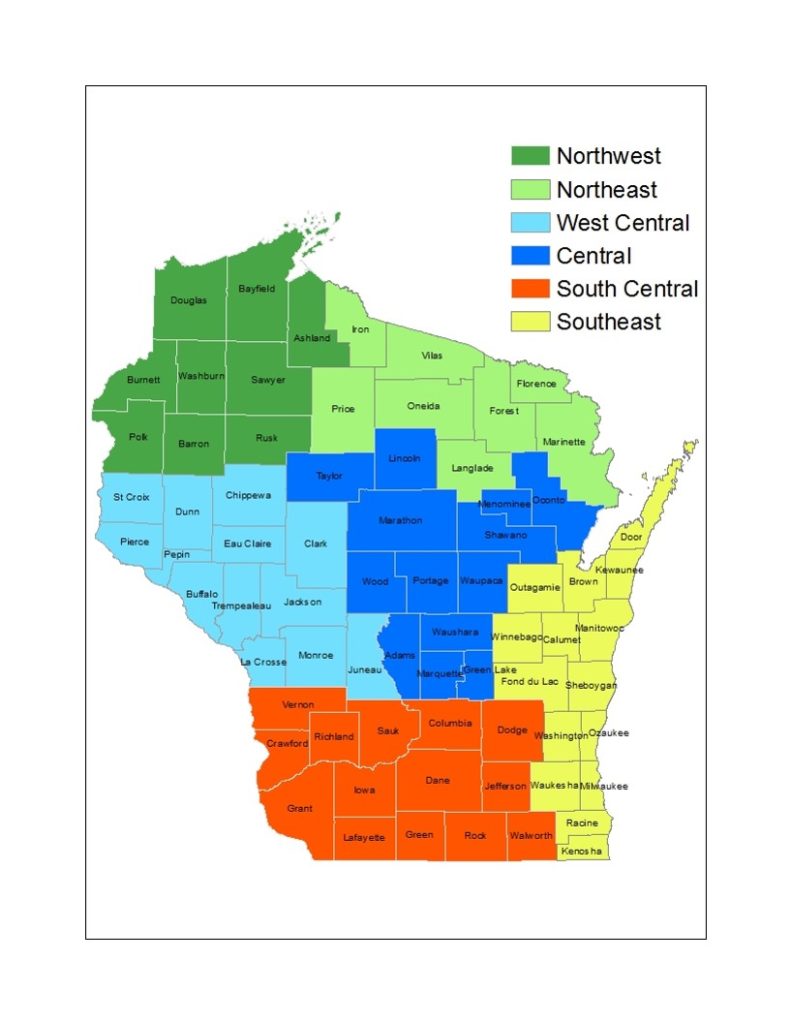 A fulltime FH specialist position, which had been vacant, was eliminated as part of the reduction of six positions from the Division of Forestry in the recent state budget. Because of the increased work load on the five remaining FH specialists, the FH program has permanently reduced or eliminated some of its services to customers to keep the staff’s work load at manageable levels.

Program services that have been reduced or eliminated include:

Forest Health team members must also reduce the number of outreach presentations provided to the public.

Please contact Rebecca Gray, Forest Health team leader, with any questions at Rebecca.Gray@wisconsin.gov or by phone at 608-275-3273.