Plants that are pokey, viney or spread quickly across the landscape sometimes seem alarming when you discover them in your backyard or woods or when they’re spotted along the highway. Wild cucumber has all these characteristics but is not as ominous as it seems.

Wild cucumber (Echinocystis lobata) is a vine native across the U.S. and found throughout Wisconsin. It has maple-like star-shaped leaves and has pale greenish-white flowers from July through September. A single plant is self-fertile but can also be pollinated by bees, wasps and flies. It produces a pod-like fruit with spikes resembling a cucumber which is unsafe to eat. Each pod produces four seeds that fall to the ground when the pod is ripe. The pods may persist into the winter and become thin brown shells. 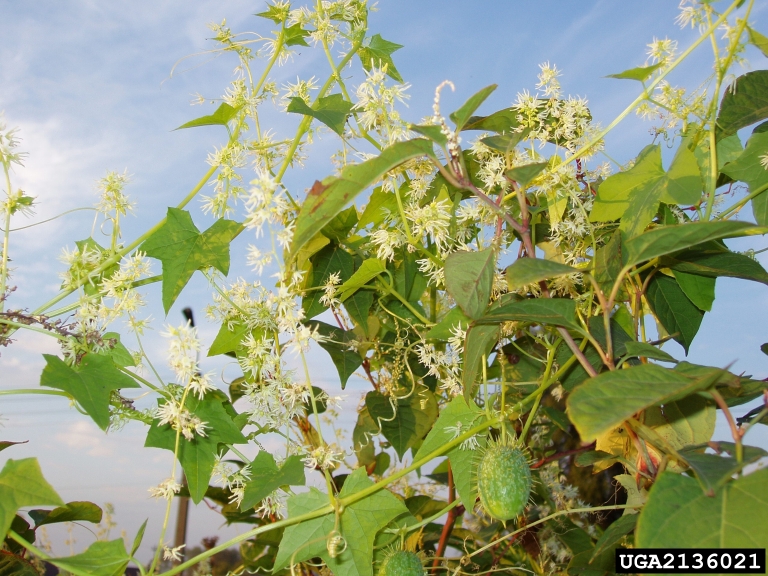 Frequently wild cucumber is found at the edge of forests along streams or rivers. It prefers a moist environment and at least some sunlight. It is easily noticed along highways in wet years and is identified by its tendency to climb trees and fences. 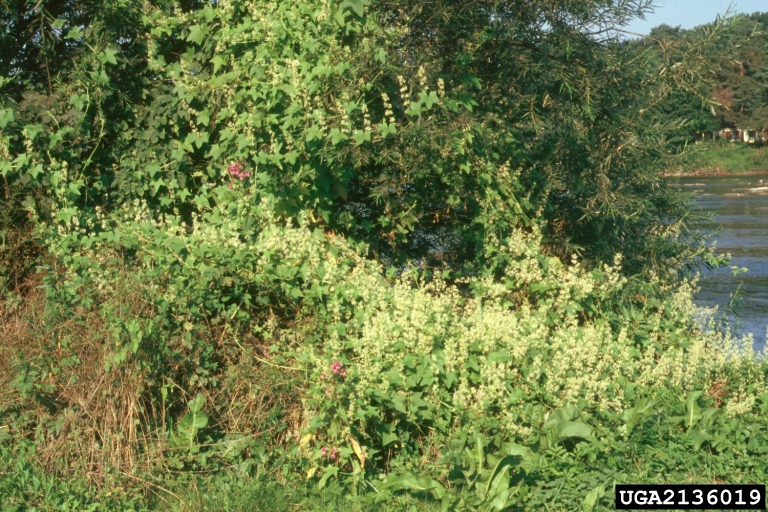 Wild cucumber is not necessarily harmful and is often considered more of a nuisance. It can be a problem in young tree plantings where its climbing vines cover small trees. These flimsy yet fast-growing vines with branching tendrils can prevent saplings from developing one straight leader. The plant’s growth also reduces how many of the tree’s leaves can get sunlight. Humans or pets should not eat the fruits as they can cause an upset stomach. If removal is necessary or desired, it is best to pull vines out by the roots before the fruit has been established for the year.

Wild cucumber in Wisconsin is native. If you find some, it does not need to be reported to the Wisconsin DNR.